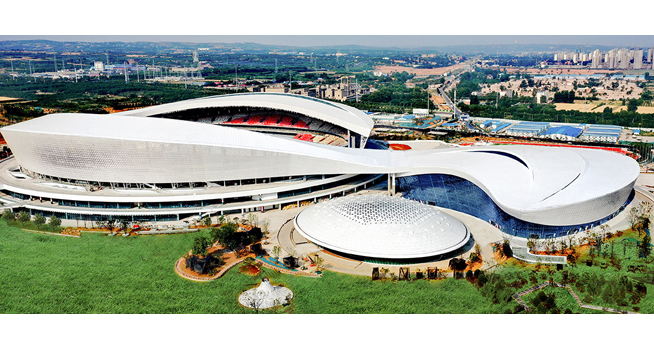 The Luoyang Olympic Centre is located in the demonstration area of the Yibin District, Luoyang City. It is designed and constructed according to the standards of Grade A sports stadiums and it will be part of the 14th Provincial Sports Games in 2022.

The centre is a provincial and municipal key project built by Luoyang City Development Investment Group and it is also the largest stadium project in Luoyang since the founding of the People’s Republic of China. 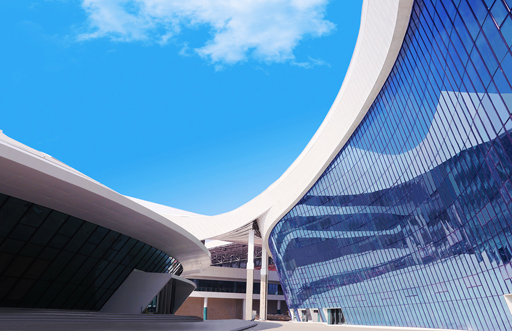 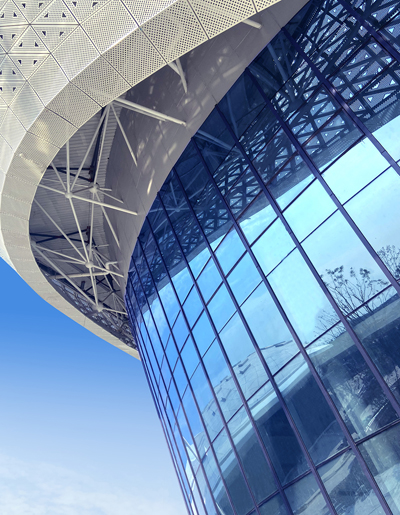 NorthGlass’ high-performance double silver Low-E film system not only enriches the colour of the glass and improves the appearance of the building, but also greatly reduces the heat exchange of the indoor and outdoor environment, improving the thermal insulation performance of the outer windows to achieve warmth in winter and cool in summer.

Inside the site, the ribbon shaped pedestrian passage easily and quickly connect each building. Combined with the central axis water system it creates a green and pleasant walking rest space. 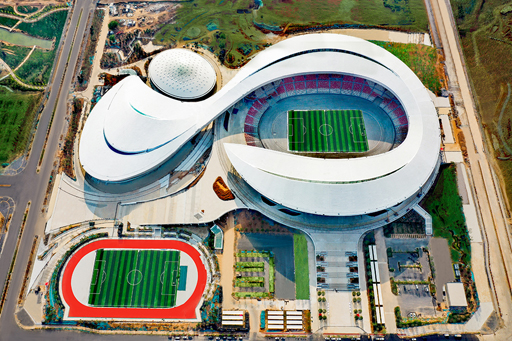 After the overall development, construction and operation of the project, it will promote the development of the new urban pattern and become a new monument to show the influence of the ancient capital of Luoyang.

Luoyang NorthGlass put quality and innovation first, letting the landmark buildings made with NorthGlass to rise in the Central Plains, and gradually build a new benchmark of glass processing based in the central and western region of Henan.