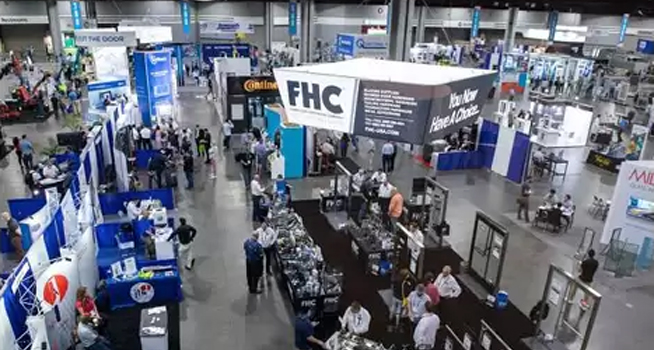 The National Glass Association (NGA) has announced new locations for GlassBuild America: The Glass, Window & Door Expo in 2024 and 2025.

In 2024, GlassBuild will be held Monday, September 30 through Wednesday, October 2 in Dallas, Texas, at the Kay Bailey Hutchison Convention Center.

In 2025, GlassBuild will be held Tuesday, November 4 through Thursday, November 6 in Orlando, Florida, at the Orange County Convention Center.

GlassBuild was originally slated for Las Vegas in 2024; however, the Las Vegas Convention Center will be under partial renovation in 2024 and not optimal for GlassBuild that year. Dallas is able to accommodate GlassBuild’s size and scope and has excellent facilities along with plentiful hotel options. The Dallas-Fort Worth airport is easily accessible for U.S. and international travellers. Overall, Dallas will be more cost effective for the Association, for exhibitors and for attendees.

GlassBuild was scheduled to head to Atlanta in 2025 but several factors led NGA to look at Orlando, including frequent requests from attendees and exhibitors, a modern convention centre that can hold GlassBuild comfortably, and experience hosting other large construction-industry trade shows like GlassBuild. We are pleased to have secured a beautiful space in the Orange County Convention Center and hotels within walking distance. Orlando’s airport welcomes flights from across the U.S. and abroad and Orlando is very accessible from the Port of Miami for international shipments.

“NGA is very excited to share this announcement that GlassBuild America is moving to new cities in 2024 and 2025,” said NGA Events Director Molly Grenn in a memo to GlassBuild exhibitors. “We hope to return to Las Vegas in 2026 and Atlanta in 2027.”