NGA and GANA: proceeding with member vote to combine 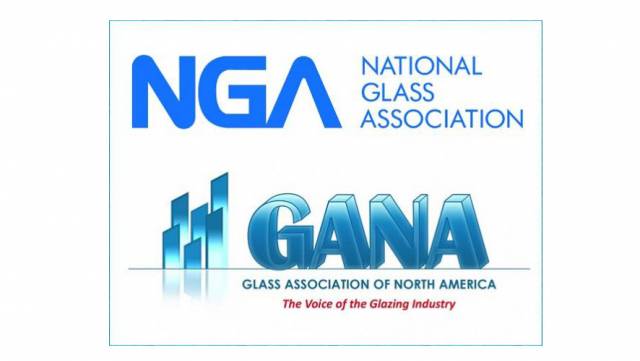 NGA and GANA have taken the next step to finalizing the combination, resulting in a new, larger, more financially sound association

NGA and GANA are sending out ballots to their members, taking the next step to finalizing the combination, resulting in a new, larger, more financially sound association.

The National Glass Association (NGA), Vienna, VA, and the Glass Association of North America (GANA), Topeka, KS, have taken the next step to finalizing the combination, resulting in a new, larger, more financially sound association. Following unanimous approval by both Boards of Directors to combine the associations, the members now vote to ratify.
GANA’s ballot was e-mailed on Monday, 11 December. Early results show a majority of “yes” votes, as expected. GANA leadership asks that in this holiday season, all members approve the combination by 31 December 2017 so that the transaction can proceed most efficiently and cost-effectively.
NGA’s membership ballot will be e-mailed in January 2018.
The Board-approved Agreement between GANA and NGA – negotiated by a joint task force of members representing both organizations – protects the principal interests of both memberships while assuring long-term continuation of their common mission. For GANA, great importance and attention was placed on technical standards for the glass industry where GANA has excelled for decades and on its role as advocate for the interests of the glass industry in the codes and standards arenas.
The benefits for both memberships are clear. Combining GANA and NGA:
* Creates one, financially strong and unified voice to maximize the effectiveness and efficiency of advocacy and industry standards efforts, technical resource development, data gathering, education and training and many other programs and services.
* Preserves and continues the important technical, codes, standards and advocacy work conducted by GANA’s volunteers.
* Preserves and continues the important education and training initiatives conducted by NGA’s volunteers.
* Reduces operational and meeting redundancies, trimming time and expense for members, volunteers, and the association so that it can pursue new initiatives for the long-term health and welfare of the glass and glazing industry.
As decreed in the Agreement, a Joint Integration Task Force will now turn, without waiting until the closing of the transaction, to defining in more detail the process for technical resources and documents, publications and setting industry standards for the combined association.
Share
Facebook
Twitter
Pinterest
WhatsApp
Share this article
Share
Facebook
Twitter
Pinterest
WhatsApp