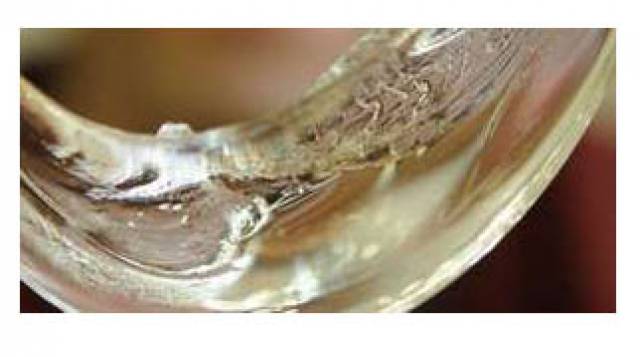 Liquid glass is a new invention in the field of nanotechnology

German scientists from the New Materials Institute recently invented liquid glass, which is a unique non-toxic glass-liquid that is sprayed on any surface and 100% protects it from dirt and bacteria.

Liquid glass is a new invention in the field of nanotechnology, made by German scientists from the New Materials Institute (Saarbrucken). This is a unique non-toxic glass-liquid that is sprayed on any surface and 100% protects it from dirt and bacteria.
The use of liquid glass for cars opens fantastic prospects, because it is absolutely harmless from the ecological point of view and can be applied in the widest range – from protecting agricultural crops from bacteria and covering medical implants.
The composition of liquid glass includes silicon dioxide, obtained from quartz sand, in conjunction with molecules of water or alcohol, which forms on any surface an ultrathin film of 15-30 molecules thick – this is a millionth of a millimetre. The barrier formed by it has the ability to repel water, dirt and bacteria, is resistant to heat, acids and UV radiation and at the same time allows the surface to be protected to “breathe”. No adhesive components are used, but liquid glass is retained on the surface due to electrostatic effect.
Silicon dioxide is an inert and absolutely harmless substance that will greatly reduce the negative human impact on the ecological state of the planet. It will be possible to abandon the potentially toxic detergents that are used everywhere, and save a lot of money and time for any kind of cleaning, since a surface covered with liquid glass simply wipe with clean water.
Liquid glass proved to be very effective for use in agriculture. Experiments have shown that the seeds treated by them are immune to bacteria and microbes and also germinate faster. And wood after treatment with liquid glass proved to be stable even against termites. The liquid glass has yet to be tested, this time to protect architectural monuments in Turkey, which are being negotiated.
Moreover, surfaces treated with a spray with a liquid glass, remain sterile clean after washing with ordinary hot water.