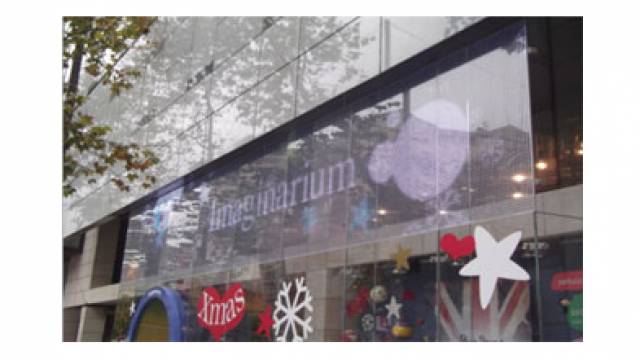 The presence of Mediaglass in Qatar has been reinforced due to the entry of H.E. Sheikh Khalid Nasser Al-Thani into the share capital of the company, through technological investment company QID.

After the creation of the first fully integrated digital video LED façade in glass, Mediaglass has strengthened its position in the world market through a significant investment by the QID Qatari investment group. A new step based on visual communication including video playing, directly on large glass façades, has also now been achieved.
Initially, Mediaglass had developed a worldwide patent with the first fully integrated LED video display totally in glass. The pilot project was set up in Madrid (Spain) in the Imaginarium Centre of Serrano 55. In this centre, passers-by can see high quality video at the top of the glass front of the store, while from the inside it is possible to see exactly what is happening on the street due to the high transparency of the whole system that is integrated into the glass.
For the Qatari investment group QID, it has now founded Mediaglass Middle East LLC as a daughter company to manage projects being undertaken in the Middle East area.
“Such innovation is indicative of the exciting opportunities being proffered by the glass industry within the Middle East,” says Derek Burston, exhibition director Gulf Glass 2013, “and marks out the region as a refreshing change to be working in during the current slowdown that all other markets seem to be experiencing,” he adds.