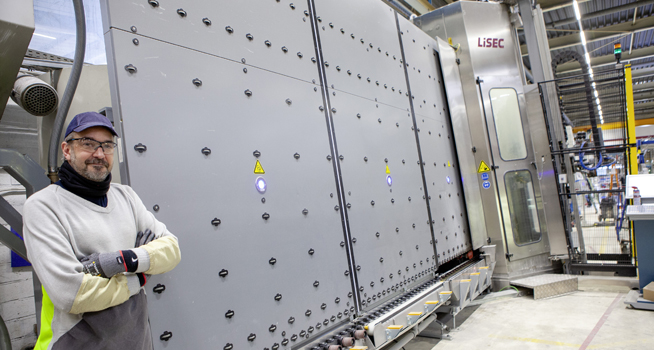 Boermans Glas in Kuringen, Belgium, employs about ninety people in a region where competition in flat glass processing is fierce. The company, which has been around for more than 100 years and is part of the Saint Gobain Group, produces single glass, double insulating glass and increasingly triple insulating glass. Their machine park includes several LiSEC machines, including a KSR processing machine.

“When it came to grinding, we had a real bottleneck,” said Marcel Nouwen, production manager at Glass Solutions Boermans. “And the importance of the issue only grew with the increasing demand for sheets with grinding processes. The previous machine was highly unreliable. We had so many stoppages that sensible planning was almost impossible. When we started searching for a replacement, we also looked at the KSR system of a sister company.” The team in Kuringen considered the pros and cons of conventional systems on the market, but quickly reached a different decision. The satisfaction of their colleagues in the sister branch tipped the scales.

Nouwen added, “We wanted a solution that worked smoothly and was absolutely reliable – and now we have it.” When you ask the operator how satisfied he is with the KSR, a smile appears on his face. “We wouldn’t trade the system for anything!” 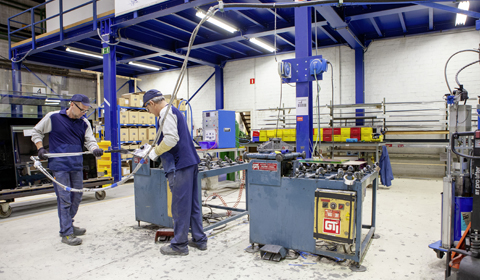