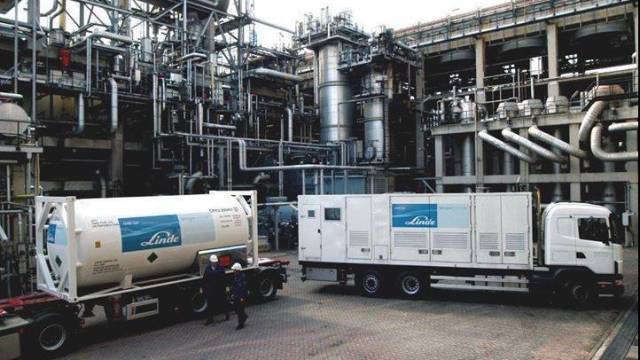 According to recent a report from Romania’s Competition Council, Linde Gaz Romania S.R.L. plans to acquire BUSE Gaz SRL and its subsidiaries, with the deal currently in the hands of local competition authorities.

The Competition Council said it is currently analysing ‘the operation by which Linde will take over BUSE Romania Gaz and its subsidiaries’.
LINDE Gaz Romania’s main activities consist of the production and marketing of industrial and medical gases, while BUSE GAZ and its subsidiaries operate mainly in the areas of bulk industrial gas and bottled gas supply.
The Competition Council states that it is interested in obtaining the observations and views from third parties on the merger and any potential implications.
The commercial industrial gases market in Romania is estimated to have generated revenues of $265m in 2014, according to gasworld Business Intelligence. This was up from $112m in 2004, indicating an average annual growth rate of 8.9% for the decade.
The Romanian industrial gases market is largely dominated by Linde; gasworld estimates that Linde enjoyed a ‘commanding presence’ in the country in 2014, accounting for more than 60% of the relatively small and fragmented marketplace.
Other companies of note include Messer (9%), Air Liquide (8%), SIAD (6%) and Buse (4%). More than 10% of the market is as such still accounted for by a number of smaller independent producers and/or distributor businesses.