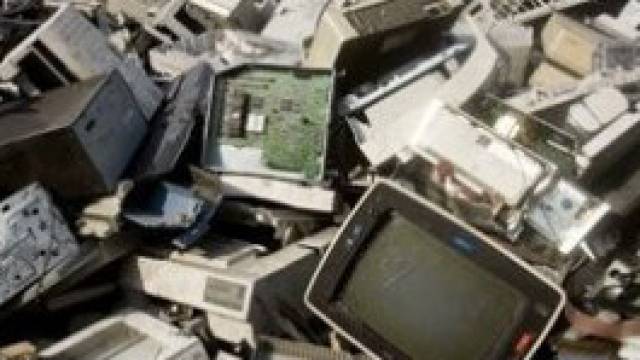 A new recycling company located in Peoria, Illinois, US, is expecting continued growth as more people dispose of old electronics. The Finland-based Kuusakoski Recycling Center opened its facility five months ago. It specializes in the collection of cathode ray tubes from electronic waste such as old computer monitors and televisions.
The CRT glass is crushed at the facility, and then sent to Peoria Disposal Company for treatment, so that it’s no longer toxic. The glass is then used as an alternate daily cover at the Indian Creek Landfill in Tazewell County instead of soil.
According to Anssi Takala, Vice President of Sales for Kuusakoski, the landfill has the ability to use the glass material for up to 40 years.
“They (PDC) need a lot of material. We can’t provide all that they use right now, not even if our volumes grow to our maximum capacity. They (PDC) are still going out and digging out primary soil to cover the landfill, so that’s actually creating CO2 emissions and so forth so this is a beneficial way to use the glass,” says Takala.
Kuusakoski in Peoria has processed several million pounds of CRT glass from recycling companies around the US since it opened in October 2013. It has 20 employees and plans to add another ten in the next couple of weeks. The company will begin allowing private citizens to bring electronic waste to the facility, free of charge, in May.