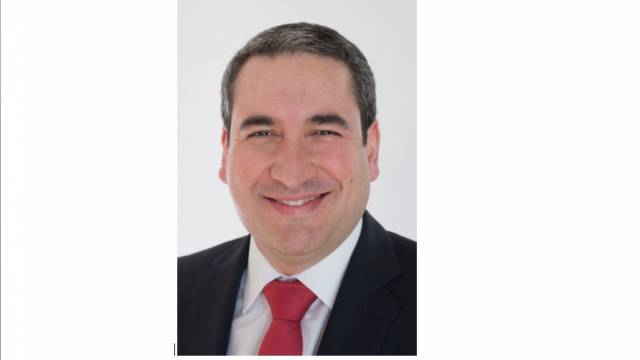 Bucher Emhart Glass, the leading global supplier of machinery and equipment to the glass manufacturing industry, has announced the retirement of Ed Munz, Vice President Logistics & Manufacturing (VP L&M), and the appointment of his successor, Juan Pablo Montes.

“Ever since I first set eyes on a glass-forming machine as a young engineering graduate, my dream has been to join Bucher Emhart Glass,” reveals Juan. “Although I’ve held many roles in many companies, I’m a manufacturing guy at heart, and I’m looking forward to building the future of Bucher Emhart Glass alongside my new colleagues.”
After gaining a master’s degree in Mechanical Engineering, Juan Montes worked in automotive and tableware before joining O-I as Manufacturing Engineering Manager in 2003, where he oversaw a wide range of manufacturing, quality, logistics, and service functions.
He then held roles at packaging firm GREIF and a medical equipment distributor, honing his management skills, before joining Bucher Emhart Glass.
Juan takes up his new role on April 1 2016 and will be based at the company’s HQ in Cham, Switzerland. Ed Munz will continue in a supporting role until his official retirement on June 30.
“We could not have found a better successor for Ed Munz than Juan Montes,” says BEG President Martin Jetter. “With his wide-ranging experience, including several years at the world’s leading glass-container manufacturer, he is the ideal choice to take up the reins of our L&M division. We wish him all the best in his new role.”
Ed Munz joined what was then plain “Emhart Glass” in 1982, as a Sales Manager for the Middle Eastern region. Later, he took on responsibility for Eastern Europe, becoming Assistant Sales Director.
In 1989 he moved to the firm’s Singapore office, where he became Sales Director for Asia North and then General Manager of all Asia-Pacific operations, playing a key role in establishing and developing Emhart’s business in Asia.
Returning to Switzerland in 1997, he became Chief Information Officer, then moved to the new role of VP Corporate Development in 2006. Most recently, from 2013, he served as VP L&M.
“Ed Munz is one of the most capable and reliable executives a company could wish for,” says Martin Jetter. “He has served Bucher Emhart Glass across four decades, two continents, and nine roles, offering indispensable commitment and insight wherever he has gone. His contribution to our continued success has been immense, and we will all greatly miss his experience, his humor, and his business sense. We wish him a long and very happy retirement.”