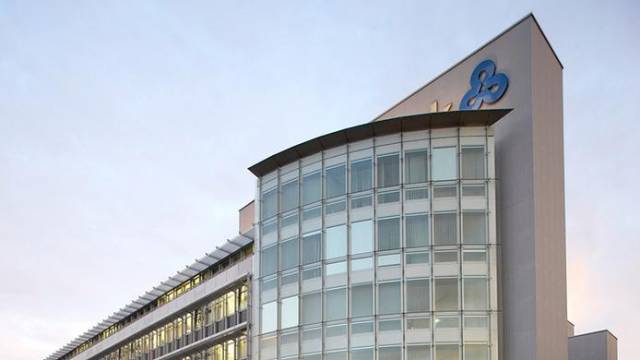 Pavel A. Prinko is to take over as head of Vetropack subsidiary JSC Vetropack Gostomel in Ukraine as of 24 February 2017. He will be succeeding Andriy Girnyk, who has managed the company for over 13 years and is now taking well-deserved retirement.

Andriy Girnyk was already in charge at the Ukrainian glassworks in the days before it was acquired by Vetropack in 2006 and played a significant role in its successful integration into Vetropack Group. A qualified chemist, he has guided Vetropack Gostomel through challenging financial periods and turned the subsidiary into Ukraine’s largest, most modern glassworks. It currently has 630 employees and generates net revenues of UAH 1,345.5 million (valid as at end of 2015).
“Andriy Girnyk has built strong bridges between Ukrainian and Swiss corporate culture, without which we couldn’t have achieved our common goals,” explains Claude R. Cornaz, CEO of Vetropack Group. “We would like to thank him for his many years of excellent cooperation and wish him all the best for the next phase of his life.” In appointing Pavel A. Prinko as the new General Manager, the Board of Directors of Vetropack Group is pursuing its strategy of local management.
Pavel A. Prinko is a Ukrainian native and brings many years’ experience in the U.S. packaging and glass industry as well as sound knowledge of the Ukrainian market. To prepare for his new role, he has been familiarising himself closely with Vetropack Group and Vetropack Gostomel over the past year.
Claude R. Cornaz is in no doubt: “In Pavel A. Prinko, we have found a successor to Andriy Girnyk who will work together with his management team to build on the solid foundations of the Business Division Ukraine.”