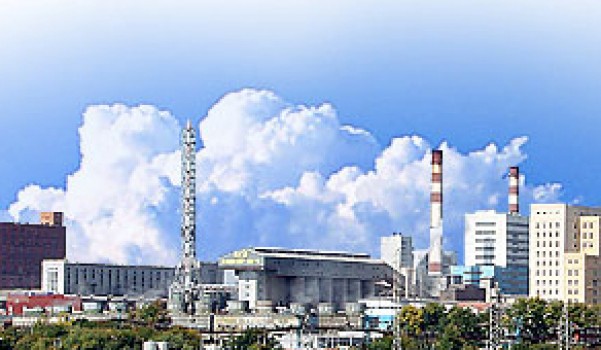 JSC “Soda” processed the first 17 tons of soda ash in 1951 and, today, after 60 years, it is the largest producer of soda ash in Russia, the country’s only producer of sodium bicarbonate (baking soda),  ranking 7th place worldwide.
The main product manufactured by the factory – soda ash – is considered to be a strategic raw material for a variety of industries including, of course, the glass industry. The company’s policy is aimed at improving management processes, modernization of equipment and technology, caring for the environment.
Progress made over the 60-year history of production of soda ash demonstrate the company’s high level of professionalism, while numerous awards testify the company’s well-deserved fame and labour traditions.
“High production rates of soda ash enable the company to meet generally accepted standards of the world’s fastest growing businesses today,” said executive director of JSC “Soda” Sergey Aleksandrovich Lobastov.
JSC “Soda” is one of the largest enterprises of the chemical industry in Russia, with facilities that manufacture more than 100 chemical products, construction materials, and household chemical goods.
More than 52% of Russian soda ash is made in Sterlitamak. Soda ash, Sodium Bicarbonate, Silica White, Barium salts are exported to the international market. In recent years the company has consolidated its positions and expanded its influence on both the world and domestic markets. The high reputation of the company allows it to serve customers throughout Russia, CIS countries, Europe, Asia, Latin America and the Middle East.
The extensive experience acquired over the 60 years of the enterprise history and a workforce of dedicated professionals enable JSC “Soda” to meet the international standards of dynamically developing modern companies.