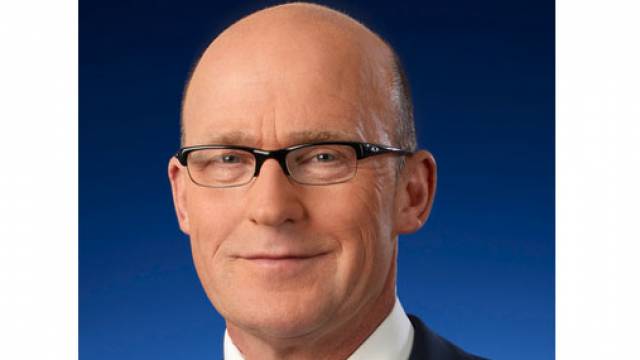 Internationally experienced manager Rüdiger Andreas Günther is the new Chief Financial Officer and a full member of the Executive Board of Jenoptik AG as of 1 April. He takes over from Frank Einhellinger, who will be leaving Jenoptik AG at the end of June.

Rüdiger Andreas Günther has been made a full member of the Executive Board and appointed Chief Financial Officer of Jenoptik AG for a term of three years. He is taking over Finance from Frank Einhellinger, who has decided to leave the company at the end of June. As CFO Günther is responsible for the areas of accounting & controlling, treasury, taxes, risk management & compliance, mergers & acquisitions, investor relations and the strategic management of the real estate portfolio. He previously held leading positions in multinational companies such as CLAAS KGaA, was also Chief Financial Officer at global listed companies (Metro, Infineon) and possesses extensive and longstanding international expertise in both industry and finance. Most recently, he was Chief Financial Officer during the restructuring of Arcandor AG. The banking and business graduate began his career at an American investment bank in 1985.
The Jenoptik AG Executive Board thus remains composed of two full members. The Chairman of the Executive Board is Dr. Michael Mertin (45), who was appointed Chairman of the Executive Board of Jenoptik AG for a further five years (starting July 2012).
As an integrated optoelectronics group, Jenoptik operates in five divisions: Lasers & Material Processing, Optical Systems, Industrial Metrology, Traffic Solutions and Defense & Civil Systems. Its customers around the world primarily include companies in the semiconductor and semiconductor equipment industries, the automotive and automotive supplier industries, the medical technology, security and defence technology industries as well as the aviation industry. Jenoptik was created out of the former Kombinat VEB Carl Zeiss Jena in 1991, as a result of the German reunification. The Jenoptik Group headquarters are in Jena (Thuringia). In addition to several major sites in Germany Jenoptik is represented in nearly 70 countries. Jenoptik AG is listed on the Frankfurt Stock Exchange and included in the TecDax index. Jenoptik has over 3,100 employees around the world and generated sales of some EUR 543 million in 2011.