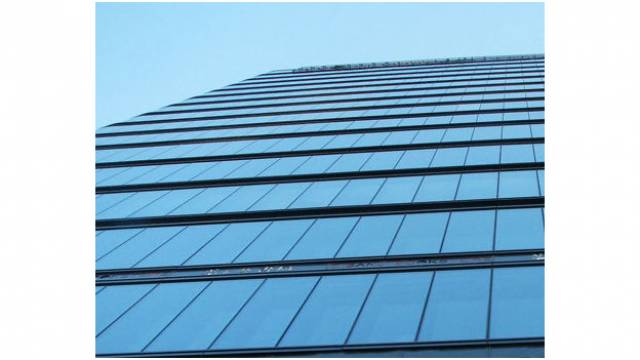 Iran has launched a glass fabrication plant described as the country’s largest, with President Hassan Rouhani calling on local producers to raise their competitiveness.

Sahand Float Company in Tabriz in north-western Iran will produce 220,000 tonnes of flat glass per year for building, automotive, security and decoration use.
Addressing the inauguration, President Rouhani hailed it as Iran’s biggest glass production line, saying it has been established by the private sector and will compete with “advanced countries for quality and price of its products”.
Mr Rouhani said efforts must be made to raise domestic production, and to manufacture goods which could compete in the market, importantly creating jobs for young people and also increase self-sufficiency in Iran.
The president’s chief of staff, Mohammad Nahavandian, said the country is prepared for an “economic leap and return to growth”.
“We are at a sensitive historical juncture which could mark a turning point in our contemporary history,” he said in a meeting with members of the Tabriz chamber of commerce.
The official touched on the effects of sanctions, saying they have removed the competitive edge of Iranian products.
Iran foresees an economic growth of 2.5% in the new year as it absorbs the shock of oil price declines and US-led sanctions.
The Middle East’s second largest economy rebounded from two years of recession in 2014 and logged a growth rate of 1.45%, according to the International Monetary Fund.
Inflation has dropped to around 15% from 40% under the former President Mahmoud Ahmadinejad.
Iran’s economy contracted between 2012 and 2013 at a rate of 6.8% and 1.9%, which saw the national currency lose two-thirds of its value.