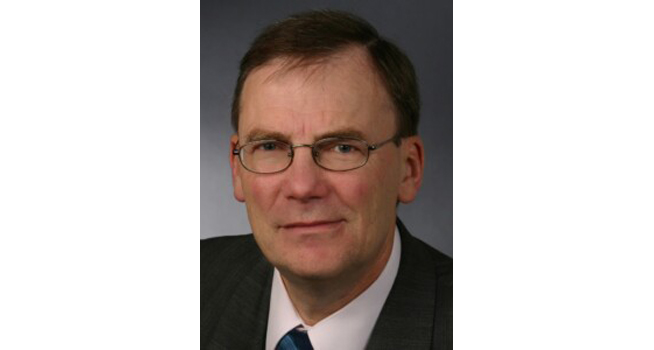 Reinhard Conradt, former Professor and Chair of Glass and Ceramic Composites of RWTH Aachen University, is the new President of the International Commission on Glass (ICG).

The ICG is an international association of scientists and technologists, research centres, universities and companies, whose main objective is to promote understanding and stimulate cooperation in the field of glass science and technology, as well as glass history and art.

Founded in 1933, the ICG has reached 88 years in 2021; currently has representation from 33 countries on all continents. Its activity focuses on various topics, including education, the promotion of young people, and a structure of 25 Technical Committees, which bring together more than 600 experts in all branches of glass science and technology.

Germany has been participating in the ICG since its founding, right from the start represented by the then young German Society of Glass Technology (DGG, founded 1922). DGG was among the core founding bodies of ICG, together with the national societies from Belgium, France, Italy, Spain, the United Kingdom, and the United States. In fact, the idea to form an association like ICG already emerged at an international conference 1928 in Aachen, Germany, jointly organized by the Society of Glass Technology (SGT, U.K.) and DGG, bringing together the protagonists of the above societies.

Reinhard Conradt holds a PhD in Physical Chemistry (1981) and a Habilitation (1996) with venia legendi (authorization to teach) in Glass Science and Technology. After his PhD at Aachen University, he became involved with the topic of glass for the first time, performing industry related research at Fraunhofer Institute of Silicate Science (ISC) Würzburg, Germany, for 6 years. Then, he served for 10 years as lecturer and industry consultant in an emerging market of Asia (Thailand). From 1997 to 2016, he was full professor and Chair of Glass & Ceramic Composites at RWTH Aachen University, Germany. His work has been committed to building bridges between science, especially chemistry, thermodynamics and kinetics, and industrial engineer­ing. From 2015 to 2020, he served as president of DGG.

His relationship to ICG goes back to the XIII. ICG Congress 1983 in Hamburg. He has been a member of the Technical Committee 23 (TC23) of Education for more than 20 years, chairing TC23 from 2007 to 2016 and serving within the core team of ICG Montpellier Summer School, ICG Wuhan Winter School, and ICG Kolkata Glass Tutorial. Beyond this, he was part of the core team of TC18 (Properties of glass forming melts) for several years.

The new President of ICG said, “Taking over the presidency from Professor Alicia Duran with her outstanding achievements, especially with respect to establishing the UN International Year of Glass 2022, means manoeuvring within the wake of a big ship. One important task will consist in facilitating and consolidating the organizational transition of ICG, especially the expansion from an association of national participating organizations to a society with individual membership. The promotion of educational activities as well as a constant support for the initiative of Young Scientists and Technologists will remain a major focus.

“Special attention will be paid to the reinforcement and promotion of the activities of the Technical Committees, understood as the backbone of the ICG. Here, a joint effort of TCs directed towards the challenges of the climate issue shall be implemented. ICG offers an ideal structure and a very wide basis to deal with these challenges, in specific, with the many pre-competitive topics related to this issue.”