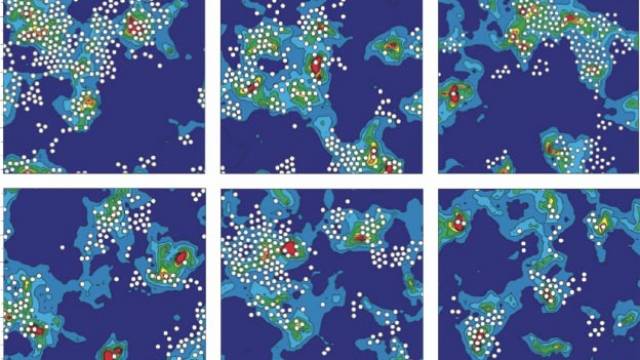 The third International Workshop on Glass and Entropy is endorsed by the International Commission on Glass, the German Society of Glass Science and Technology, the Excellence Cluster “Engineering of Advanced Materials” and the University of Erlangen-Nuremberg.

Following the successful meetings in Trencin (SK, 2008) and Aberystwyth (UK, 2009), the third International Workshop on Glass and Entropy will be held at Wildbad Kreuth, Germany, 24-27 June 2012.
While the first two events were dedicated to fundamental issues, open questions and experimental aspects of the entropic state of glasses at low and elevated temperature, and included discussion of calorimetry, computer simulation, research at extremes of temperature and pressure and polyamorphism in various glass forming liquids, the third workshop will be dedicated to the transfer of obtained knowledge to applications in physics, chemistry and materials engineering. Topics may include the topological and thermodynamic origin of macroscopic properties, topological heterogeneity, rheology, relaxation and compaction, electrochemistry, thermal and electrical conductivity of glasses at low temperature, phase separation, and strategies towards the fabrication of unusual glasses.
The idea to organize an international workshop series dedicated to glass and entropy was born during the session “Thermodynamics, Rheology, and Glass Transition” held at the 21st International Congress on Glass in Strasbourg 2007. There, controversial viewpoints and opinions on the entropy of the glassy state surfaced in a highly emotional scientific debate. Since then, none of the controversial issues could be resolved in a satisfactory way, and more and more researchers from different fields (glass and polymer sciences, statistical mechanics, computational simulation) agreed that there was a need to meet, on a regular and long-term basis, within the frame of a series of workshops specifically dedicated to glass and its entropy. As a consequence, the first international workshop on glass and entropy was born and held as a satellite symposium after of the 9th meeting of the European Society of Glass in Trencin in 2008. This first workshop was endorsed by the newly founded Technical Committee 08 of the International Commission on Glass (ICG) “Relaxation Phenomena in Glasses” and supported locally by the Slovak Glass Society.
The essence of the present controversy may be highlighted by the following questions: Does a glass possess a finite residual entropy at absolute zero? And how does the entropy of a glass forming system change, abruptly, at the glass transition? Based on the computation of energy landscapes and the concept of broken ergodicity, the glassy state is described in terms of a liquid confined to a single metabasin of the configurational phase space with an entropy loss – but no latent heat – accompanying the glass transition. In this frame of description, a glass does not appear to have any residual entropy at absolute zero. The opposite answer is derived by means of classical thermodynamics and the thermodynamics of irreversible processes.
Already one year after the first workshop, in spring of 2009, the second meeting followed, this time held in Aberystwyth, UK. It was conducted within the EU-FP7-initiative EFONGA (European Forum on New Glass Applications) of the ICG. Where the first meeting concluded with the note that further actions will need to specify a common nomenclature (e.g. characteristic temperatures, definition of entropy, etc.) and to design experiments that will be accepted as decisive by the broader community, here, it was agreed on jointly pursuing particularly three types of experiments: dissolution calorimetry (having identified model glasses); measurements of the electromotoric force in glass-crystal galvanic cells and vapour-pressure measurements. As a novel area of specific interest, “glasses under extreme conditions” was identified, with particular emphasis on the role of high pressures on structure and dynamics of glass-forming systems.
With the conduction of the third Workshop on Glass and Entropy, we intend to conclude – for the time being and after five years of discussion – the original dispute from 2007. We hope that the workshop will further contribute to the understanding of the nature of the glass transition, associated relaxation phenomena and the topological understanding of micro- and macroscopic properties. We further hope that it will sparkle new ideas, new questions and new dispute.
The conference fee of EUR 300 includes conference organization, accommodation in single rooms during the conference, coffee breaks, meals (lunch and dinner), the book of proceedings, etc. It does not include cost for internet access at the conference site and drinks beyond the coffee breaks.