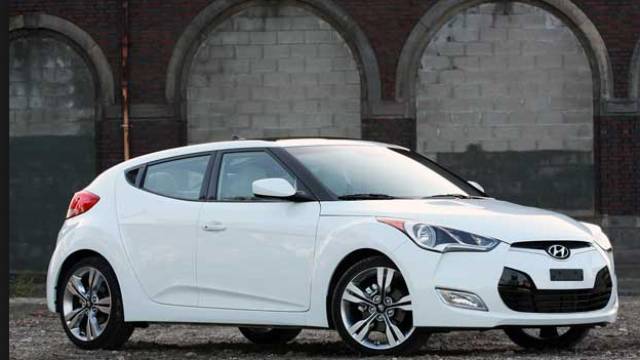 After the first recall of its Veloster models in December with regards to shattering sunroof glass, Hyundai has added a further 6,071 vehicles, expanding the timeframe in which the panoramic sunroofs “may have been weakened during installation at the factory”.

Hyundai Motor Corp. has reportedly added a further 6,071 cars to its sunroof recall affecting 2012 Veloster models. The newly added vehicles, manufactured between 4 July and 31 October 2011, bring the total number of recalled vehicles to approximately 19,600 in the US and Puerto Rico.
The recall, which was issued through the National Highway Traffic Safety Administration (NHTSA), was initially announced in December, regarding Velosters manufactured between 1 November 2011, and 17 April 2012.
According to the recall notice, the addition to the recall expands the timeframe in which the panoramic sunroofs “may have been weakened during installation at the factory”.
In December, an estimated 13,500 vehicles in the US and Puerto Rico were recalled regarding the sunroofs manufactured by Hankuk Sekurit.
An investigation was opened in October after receiving numerous complaints from consumers stating the vehicle sunroof had spontaneously exploded. This was followed by a class action suit claiming that Hyundai “concealed the exploding sunroof defect from consumers”, which was voluntarily dismissed 10 days after it was filed.
According to the newly issued recall, Hyundai will begin notifying consumers by letter this month.