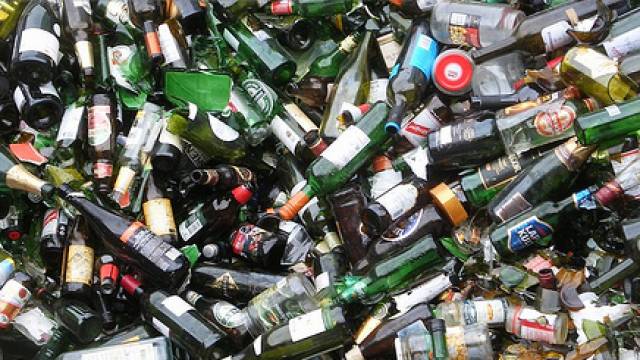 The Chinese government is reportedly considering legislation to make glass recycling mandatory, with details of the legislation expected to be released in March, and new measures introduced by the end of the year.

According to the Chinese environment minister Wong Kam-sing, the government is considering legislation to make glass recycling mandatory, adding that the legislation would target mainly wine and other beverage bottles. He did not say who would be responsible for the recycling, but an environmental group said it would probably be importers or retailers.
Wong expected details of the legislation to be released in March, with new measures introduced by the end of the year. Glass accounts for 3% of all waste in Hong Kong, and only 5% of it is recycled, he said.
“We can’t say it’s insignificant,” he said. “We have to minimize waste in every aspect.”
Wong said he hoped legislation would result in much more of the city’s glass waste being recycled.
Edwin Lau Che-feng, director of Friends of the Earth, welcomed the idea.
He said the current strategy of funding non-government organizations’ glass recycling projects was unsustainable, and introducing laws would make it more systematic.
“Bottle producers will have to hire their own contractors or fund NGO projects to collect the bottles [under the proposed laws]. This way, it would be more sustainable,” he said.
“But I hope the legislation won’t be limited to glass bottles, but all beverage containers, such as cartons.”
As the city mainly imports wine, Lau expected wine importers, wholesalers or retailers would be responsible for bottle collection.
Yo Chau Fuk-yau, director of wine wholesaler Yee Sang International, said it would be “very difficult” for the company to take on collection of glass bottles. “The costs would be very high, and it should be pubs and retailers who are responsible.”