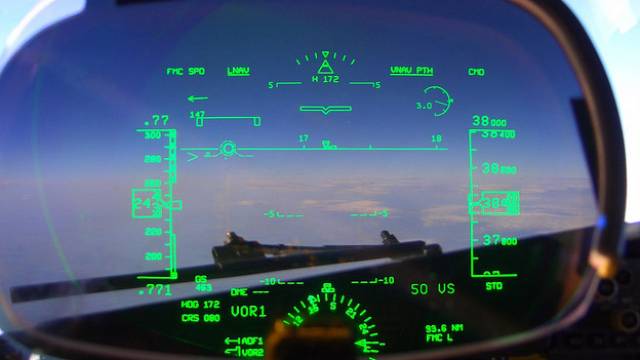 HUDs, or Head-Up Displays, typically feature digitally-generated information such as auto speed, engine RPM and arrows for navigation, directly in the line of sight of the driver.

Recent technology advances and an increasingly important role for automotive Internet connections are leading automakers to consider windshield projection technologies that could soon replace dashboard displays.
“The technology has come a long way and society has come a long way,” said Douglas Patton, an engineering executive in the US unit of Japanese auto parts maker Denso Corp. “We can envision a whole windshield display in the future,” allowing a driver and passengers to view content displayed in separate areas. Typical displays feature digitally-generated information as auto speed, engine RPM and arrows for navigation, all of which appear to float magically above the hood of a car – directly in the line of sight of the driver. The images could easily expand to include windshield-projected text messages and other social media data, according to industry officials.
“Our technology is such that it can project almost anything on the windshield – even videos or smartphone messages. It is really up to the automaker that installs the [heads-up display] to decide what features to offer,” said Masahi Torigoe, a planning manager at Nippon Seiki Co., the world’s largest producer of heads-up display systems.
Automakers say these systems generally enhance safety since they do not require drivers to look away from the road. But the profusion of real-time data has led to questions about the potential for driver distraction, which could force automakers to limit the amount and type of information displayed.
Of course, the windshield projections – known as heads-up displays, or HUD – largely remain the preserve of luxury cars due to an average USD 1,000 retail cost, and are usually offered as part of an optional package.
Global sales in 2012 exceeded 800,000, and demand is expected to rise to 10 times that level over the next decade, according to Masahiro Ohta, an analyst at Tokyo-based research firm Fuji Chimera Research Institute. “The traditional dashboard-embedded instrument panel behind the steering wheel could disappear altogether in favour of HUDs within the next 20 years,” Ohta says.
New HUD technology provides crisper, bigger and brighter data than in the past due to innovations in LEDs and mirrors, which reflect images onto windshields. Industry officials say higher-end cars soon will start using advanced laser-based HUDs.
Three of the world’s top five suppliers of the technology are Japanese, but most of the cars that offer the latest systems are not produced in Japan – such as all Audi and BMW models. General Motors Co. also includes a HUD option on some of its vehicles, as well as on all of its Cadillacs.
Daimler AG’s Mercedes-Benz is deciding whether to implement the head-up display technology in its models. Its revamped E-Class sedan, which debuted at the Detroit auto show, has numerous new safety technologies such as a pedestrian-detection system, but does not include a heads-up display function. “There is still an internal debate [within Daimler] about it at the moment,” said Joachim Schmidt, Daimler’s global sales chief.