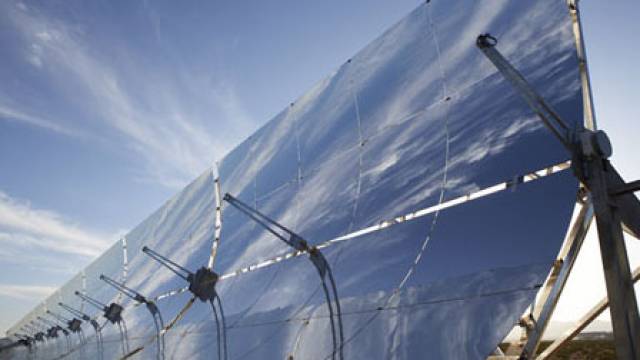 Guardian Industries has announced that the company’s EcoGuard Solar Boost mirrors are being installed at the Ivanpah Solar Electric Generating System (ISEGS) in California’s Mojave Desert. The project, a partnership between NRG Solar (a subsidiary of NRG Energy), Google and BrightSource Energy, will nearly double the amount of solar thermal energy produced in the US today.
Guardian started supplying the first of 160,000 of its EcoGuard Solar Boost mirrors to ISEGS in November 2011.
“EcoGuard Solar Boost has been proven to withstand the extreme conditions found in the Mojave Desert,” said Martin Bracamonte, vice president, Science & Technology, Guardian Flat Glass Group. “The technology used in manufacturing the glass gives it the extra edge in being a more durable and reliable resource to maximize capturing the sun’s energy for large-scale use.”
Guardian’s EcoGuard Solar Boost mirrors have an industry-leading reflectivity. In 1978, Guardian Industries delivered one if its first sets of laminated flat mirrors to Sandia National Laboratories, one of the first solar fields in the US.
At the Ivanpah solar plant, thousands of software-controlled mirrors track the sun in two dimensions and reflect the sunlight to a boiler that sits atop a tower. When the concentrated sunlight strikes the boiler’s pipes, it heats the water to create superheated steam. This high-temperature steam is then piped from the boiler to a standard turbine where electricity is generated.