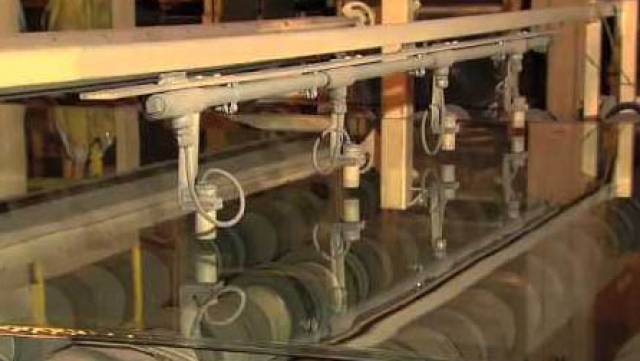 One of the two float-glass lines at Guardian Industries’ Carleton glass plant will undergo rebuilding and upgrading in the first quarter of 2013, which is expected to preserve about 150 jobs.

Guardian Industries Corp. plans to invest nearly USD 55 million in rebuilding one of the glassmaking lines at its Carleton plant, a move that should preserve about 150 jobs, according to company officials.
The plant makes a variety of glass for automotive, architectural and consumer goods applications.
Work on rebuilding and upgrading one of the two float-glass lines at the plant is expected to take place in the first quarter of 2013, said Gerry Hool, plant manager. He said the two lines at the plant are rebuilt regularly. “Typically, we do this every 12 to 18 years depending on certain conditions and variables,” he said.
The line scheduled for rebuild was last renovated in 2002, he said.
The Guardian operation at Carleton employs about 460 people.