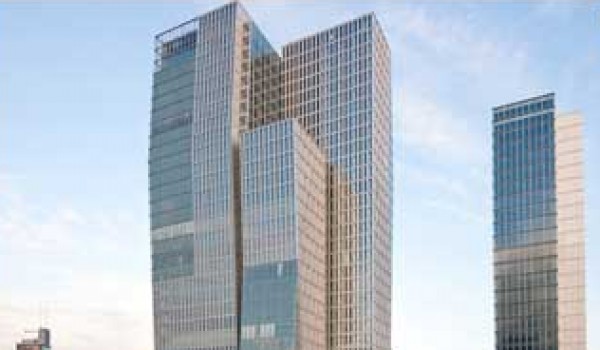 Construction has already begun at Guardian Industries’ Goole, England float glass plant that is expected to create 50 new jobs when it is completed in the fourth quarter of 2012.

Guardian Industries announced that it is expanding its Goole, England float glass plant with the addition of a new coating machine for the manufacture of energy efficient glass for residential (ClimaGuard) and commercial (SunGuard) applications.
Construction has already begun on the GBP 30 million project that is expected to create 50 new jobs when it is completed in the fourth quarter of 2012.
The coater represents the most advanced technology in the world for turning standard glass into high performance, value-added glass. The coater allows the plant to produce low-emissivity glass that provides high levels of thermal insulation, and solar control glass that prevents buildings from overheating. These high performance products are able to meet or exceed new energy standards.
“The drive by the UK government to save energy has resulted in raising energy efficiency standards for both new and replacement windows for residential and commercial buildings,” said Scott Thomsen, President of the global Guardian Glass group. “Further improvements are already planned through 2020 that will demand even more energy efficient glass.”
The Goole plant services window customers and commercial fabricators throughout the UK. The coater expansion follows the 2008 addition of a state-of-the-art glass laminating line at the Goole plant, an investment of more than GBP 6 million. The company built its Goole float glass plant in 2003, and it is one of 28 such plants that Guardian operates around the world.
“This expansion reflects the confidence Guardian has in the plant and our strategy for growth,” said Pablo Isasmendi, plant manager. “With the investment in the new coater, Guardian Goole will be better able to serve its customer base and develop new products specifically for the region quickly and efficiently.”