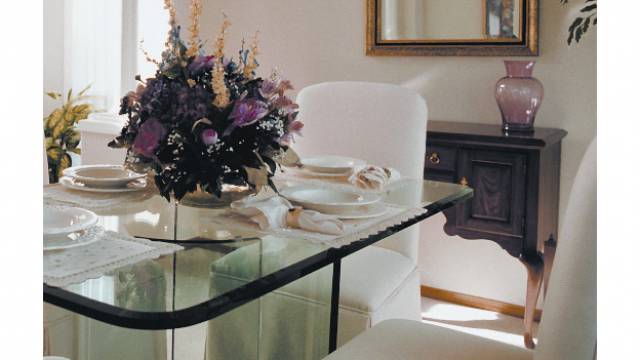 Thanks to its lasting durability and scratch resistance, Guardian DiamondGuard has been named a 2013 Money-Saving Products Award from Buildings Magazine. Rigorous testing in Guardian labs shows DiamondGuard glass maintains like-new clarity after thousands of contacts with everyday items and heavy traffic.

Guardian DiamondGuard’s lasting durability and scratch resistance were key features in helping the interior glass product to a 2013 Money-Saving Products Award from Buildings Magazine.
DiamondGuard from Guardian Industries joined 52 other brands that were selected based on the money-saving qualities offered to building owners and facility managers in areas such as maintenance, energy consumption, lighting and building envelope improvement.
Part of the Guardian InGlass portfolio of products, Guardian DiamondGuard has a permanent protective coating that resists scratching and looks like new 10 times longer than ordinary glass.
“DiamondGuard provides a longer lifecycle and less frequent replacements,” said Diane Turnwall, Guardian market segment director of interiors. “Depending on the application, savings in maintenance and replacement can pay for DiamondGuard in a matter of years, or in some settings, months.”
Guardian DiamondGuard is fused with the strength of diamond-like carbon and combines brilliant clarity with an extremely low coefficient of friction that permanently protects it from scratching and scuffing. Created with Guardian’s patented vacuum deposition process, DiamondGuard provides superior endurance, aesthetics and value.
Rigorous testing in Guardian labs shows DiamondGuard glass maintains like-new clarity after thousands of contacts with everyday items and heavy traffic, which allows for an expanded range of applications including walls, doors, table tops, bars, counters and railings. It cleans up with a wide range of common household products.
“In a Las Vegas casino, maintenance crews were replacing mirrors in high-traffic areas every six to eight weeks,” Turnwall added. “New DiamondGuard mirrors extended this lifecycle to over six months, eliminating five replacements each year. Its performance in the real world redefines the possibilities for glass.”