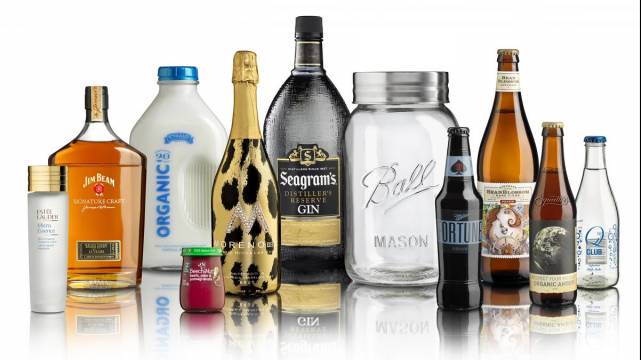 Winners were chosen from 71 entries based on criteria including package design and consumer appeal.

Ardagh, O-I and Vitro dominated this year’s Clear Choice Awards, with each manufacturer winning three awards for their achievements in creating glass packages with shelf impact.
The winners were chosen from the field of 71 entries based on criteria including package design (including container label and closure), and consumer appeal.
In addition to seven products specifically selected by the judges, three other products received President’s Choice awards, selected by GPI’s president, Lynn Bragg: Two for advancements in sustainability, and one for reinvention and innovation.
O-I won the awards for the beer category, with its black bottle created for Miller Fortune; the food category, with its Beech-Nut Baby Food jar; and the conversion recognition category, with its wine-shaped BeanBlossom Hard Cider bottle.
Ardagh came first in the wine category, with its leopard print Moreno Sparkling Wine bottle; the non-alcoholic beverage category, with its Straus Family Creamery Organic Milk bottle; and the People’s Choice Award, for its charcoal coloured Saegram’s Distillers Reserve bottle.
Vitro Packaging won the awards for the distilled spirits category, with its Jim Bean Signature Craft bottle; the cosmetics/fragrance category, with the bottle it created for Estee Lauder’s Micro Essence Skin Activating Treatment; and the President’s Award for Advancements in Sustainability, for its light-weight Q-Tonic beverage bottle.
Anchor Glass also did well, winning the President’s Choice Award for Reinvention and Innovation, with its Ball’s Decorative One Gallon Jar, and the other President’s Award for Advancements in Sustainability, with its Squatters Organic Amber Ale bottle.