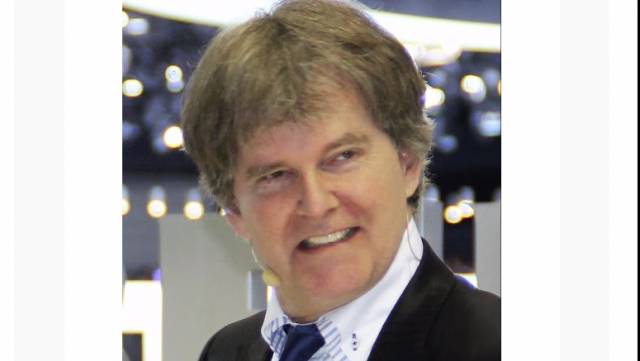 GPD Finland 2017 organisers are pleased to announce Mr. Mike Robinson one of the opening speakers at the event to be held from June 28-30, 2017 in Tampere Finland.

Mike is well known in the automotive industry and is not a new face to GPD.  He is currently CEO & Design Director at ED Design srl., where he is working on intelligent glass inside vehicles.
In his opening speech, Mike will look at how intelligent glass will impact the society over the next 25 years.
Michael was born in Los Angeles, California in 1956 and graduated from the University of Washington in 1978 in Fine Arts and in 1979 in Industrial Design. He has lived in Italy since 1979.
Robinson previously held the position of Design Director at Bertone, Fiat, and Lancia, where he designed the Fiat Bravo/Brava/Marea, European Car of the Year in 1995, the Lancia Dialogos and Nea concept cars,the Lancia Lybra, Thesis, Phedra, and Ypsilon production cars, plus the Lancia Giubileo and the Fiat Ducato production truck. As Bertone Design Director he created the Alfa Romeo Pandion, Jaguar B99, Nuccio, and Aston Martin Jet 2+2 concept cars, plus the FAW X80 and the BAIC D50, two top-selling production cars in China. At ED he has designed the BAIC D60 GT concept car and the ED Torq, a fully electric, fully autonomous race car.
In non-automotive achievements, Robinson designed the 2015 Frecciarossa 1000, a high speed train for Europe, the AgustaWestland Project Zero, a full electric, twin, tilt rotor VTOL flying wing helicopter which won the coveted Grover Bell Innovations Award in 2014, plus the Mangusta 65 Open, a sport luxury yacht.
A well-known researcher of future technologies, Robinson has been a strong advocate for autonomous, electric vehicles (AVs + EVs) since 1996. Today, 20 years later, everyone is finally adhering to the greatest transformation of the automobile since it’s inception. This incredible transformation will have a profound effect on modern society, by saving 1.2 million lives every year, and offering a paradigm leap in personal wellbeing across the planet.
Currently Mr. Robinson is CEO & Design Director in ED Design srl. ED is the largest design and engineering company in Italy, offering turn-key services in the automotive and transportation industry.