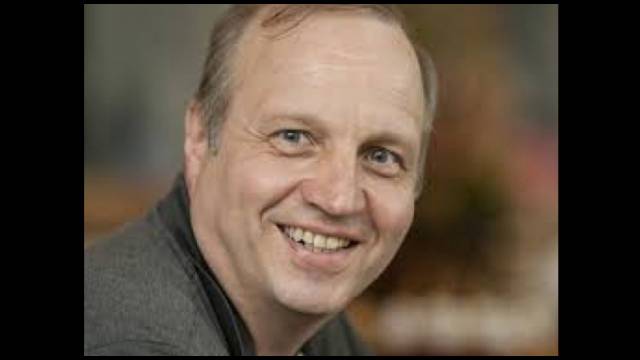 During the opening ceremony of this year’s GPD, founder and chairman Jorma Vitkala was called on stage to receive a stand-up ovation in appreciation of everything he has accomplished for the international glass industry.

There was a great deal of emotion and surprise when Jorma Vitkala, the founder and Chairman of the leading global glass conference, Glass Performance Days (GPD), was called on stage during the 2017 opening ceremony to receive a superb stand-up ovation in appreciation of everything he has accomplished for the international glass industry since its inception some 25 years ago. On behalf of the entire glass industry, the platinum sponsors, represented by Jean-Paul Hautekeer from Dow Corning and Jonathan Cohen from Kuraray, showed a short video containing a sample of tributes collected two months prior to the conference. In this video, several industry experts expressed their gratitude to Vitkala, not only for his professional contribution to the industry, but also for the camaraderie and friendship he has uniquely built amongst so many glass industry enthusiasts.
“Sometimes, we just need to step back and say THANK YOU,” said Hautekeer, Global Marketing Director for High Performance Building at Dow Corning. “What Jorma has accomplished for the glass industry is unparalleled. During the last 25 years, over 3,200 presentations have been shared at 15 conferences in Finland and other regional venues. More than 14,600 glass professionals have attended these events, including 1,100 speakers, and over 10,000 pages of technical documents have been published. GPD has become the reference for the industry in terms of knowledge management and networking. You can gain in three days at GPD what would traditionally take a year, whether it be for learning, contacting industry colleagues or looking for innovation and new business opportunities; this is exactly why people are accepting the invite every two years to meet in Tampere. And in business, nothing would be possible without the human element that Jorma is personalizing so much.”
Cohen, Global Marketing Director for Kuraray added, “What is also good is that GPD continuously evolves with the industry and the modern world to propose something that matches the needs of the participants. For example, a new digital tool allows participants to efficiently organize their schedule to meet with others and access relevant information. What was also new this year was a direct connection between a dozen start-ups operating in the glass segment to drive more front-end innovation in this industry. The new venue enabled increased efficiency in transferring from one presentation to another and always convening in a central area. For sure, we believe GPD has a bright future and will continue to meet the needs of the glass industry.”
In recognition of his overall work, Vitkala was awarded a trophy entitled ‘Jorma Vitkala Award of Merit’ for 2017 by Hautekeer and Cohen, on behalf of the global glass industry. “This award was created for this 25-year anniversary and will continue to be awarded at future GPD conferences to recognize individuals for their contribution to the glass industry,” said Hautekeer. “It was natural that Jorma should be the first recipient of ‘his’ award.”
During the same ceremony, Vitkala was also awarded an honorary membership from the Glass Association of North America (GANA), given in person by Stanley Yee, President of GANA; a special award from Hong Kong Façade Association (HKFA), given by Sammy Hui, Vice President; and from Korean Architect Façade Association (KAFA) by Bruce Park, Board Member. US Glass magazine also presented Vitkala with a special plaque recognizing 25 years of GPD. These special tributes all acknowledged the truly international dimension of this principal conference.