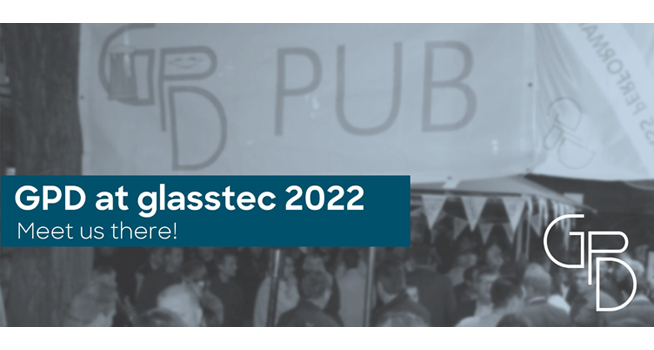 The GPD team will be attending Glasstec 2022, September 20 to 23, in Düsseldorf, Germany. During this visit, the team will be available to discuss on how you can participate in GPD Finland 2023 as a speaker, workshop organizer, exhibitor or sponsor. The team can be reached at the Glaston booth in Hall 15, Stand A41, or directly via phone as follows:

GPD Pub during Glasstec 2022
The GPD team is happy to announce the presence of the GPD Pub, once again.

The concept of GPD Pub was established in 2006 to provide an informal place where glass industry professionals attending Glasstec could meet and network in a relaxed atmosphere. Since then, it has become a popular way for marketing and networking just before/after dinner.

The pub will ‘open’ its doors September 20 to 23 at Fatty’s Irish Pub located in the heart of Altstadt, Hunsrückenstraße 13, 40213 Düsseldorf. It is the oldest Irish pub in the region.