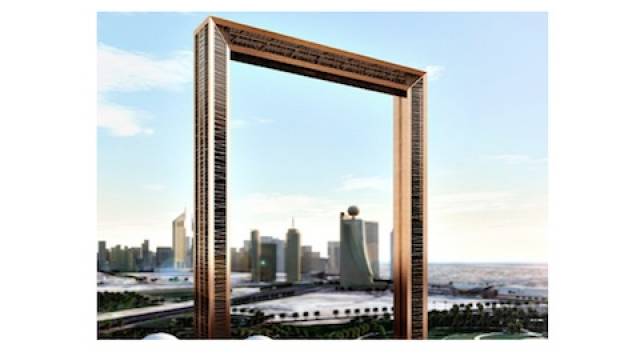 The Dubai Frame is an impressive building on Dubai’s skyline, in the middle of Zabeel Park in Dubai.

Onyx Solar has worked on this project with a 1200 m2 facade integration in amorphous silicon. The glass, in golden color, is a triple laminated glass, 20% transparency level, and a total installed power of 38 kWp.
The Dubai Frame is strategically located, and allows all its visitors to enjoy the views of all the other architectonical monuments in the city in a unique setting. It is considered one of the new world attractions of 2015, and won the ThyssenKrupp Elevator Architecture award in 2009.