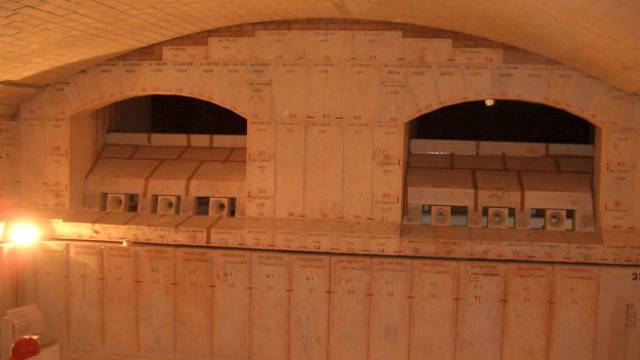 The refractories market is projected to reach USD 33.7 billion by 2020, registering a CAGR of 3.9% between 2015 and 2020, according to the latest report from Reportsnreports.com.

Due to modernization emerging economies have invested significantly in the infrastructural development. Increasing industrialization in some major economies, such as India, China, Germany, Italy, and France is expected to further boost the refractories market, as is the high potential from non-metallic minerals industry globally.
Iron and steel is the largest end-use industry of refractories globally. In iron and steel industry, refractories are used widely for linings and insulation of the high temperature furnaces. Additionally, in refractories market the iron & steel industry is expected to boost further with the shift of various manufacturing industries, namely automotive and construction from developed to developing economies, particularly from the U.S. to China. Because of significant economic expansion and growing steel output in countries such as China, India, and Taiwan, the refractories in iron & steel industry will continue to grow.
Asia-Pacific is the largest place for refractories market globally, with China being the most dominant market. This region is witnessing the highest growth rate which is attributed to the rapid economic expansion currently undergoing in the region. Further, rapid industrial development in Asia-Pacific is vigorously driving the demand for refractories for iron & steel, glass, cement, and non-ferrous metals industry.
The report also includes company profiles and competitive strategies of refractories market adopted by the major market players, such as Corning Incorporated (U.S.), CoorsTek Incorporated (U.S.), Magnesita Refratarios S.A (Brazil), Morgan Advanced Materials Plc (U.K.), RHI AG (Austria), Saint-Gobain S.A. (France), Shinagawa Refractories Co. Ltd (Japan), and Vesuvius Plc. (U.K.), among others.
On a similar note, another research focused specifically on United States and titled Refractories to 2019 says when measured in volume terms, demand increases will be much more sluggish, averaging under one percent per year through 2019, when sales will total 2.3 million tons. Improvements in refractory designs have enabled end users to utilize less weight per ton of output, adversely affecting demand. Shipments of refractories are expected to rise 2.7 percent yearly in value terms to $3.1 billion, while in volume terms shipments will grow less than one percent per year to 2.3 million tons in 2019. As is the case with demand, domestic production gains will be limited by the modest gains expected for iron and steel production in the US. Domestic producers of refractories will continue to see competition from low cost sources of supply, notably China and Mexico. Profiles for 25 competitors in the US industry, including Vesuvius, Saint-Gobain, Resco, Magnesita, HarbisonWalker-International, RHI, Resco, Morgan Advanced Materials & Minerals Technologies are covered in this report.