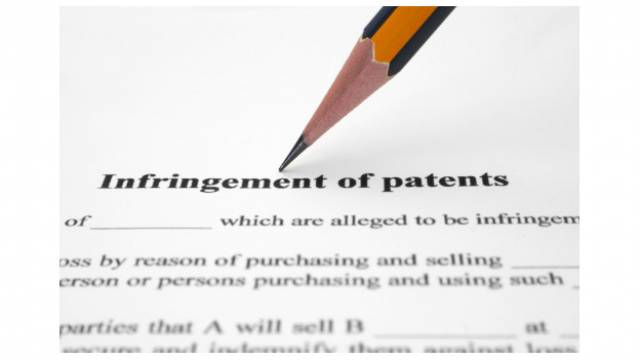 GlasWeld Systems Inc. has filed a federal suit against former company president Mike Boyle (doing business as Surface Dynamix) alleging patent infringement.
In the complaint, filed on 17 December, the company alleges that Boyle has engaged in the “unauthorized making, using, selling or offering to sell GlasWeld’s patented technology after his departure from GlasWeld, including but not limited to, improperly engaging in these infringing activities with GlasWeld’s own customers.”
The patents referenced in the complaint are U.S. Patent No. 5,670,180 (“the 18’0 Patent”), “Laminated Glass and Windshield Repair Device,” and U.S. Patent No. 6,898,372 (“the ‘372 Patent”), “Lamp System for Curing Resin in Glass,” issued to GlasWeld in September 1997 and May 2005, respectively. While Boyle was named as an inventor on the ‘372 patent, GlasWeld officials allege that he assigned all of his rights of ownership to the company and “has no right to practice the technology claimed in the ‘372 patent.”
The suit goes on to allege, “Nonetheless, after his departure from GlasWeld, on or about 5 August 2009 Mr. Boyle began unlawfully marketing, advertising and selling products that infringe GlasWeld’s patents, including without limitation, the Halo Pro™ Curing Light and the DynaVac™ resin injector and/or substantially similar products under the name Surface Dynamix.”
In addition, the company alleges that Boyle “improperly and unlawfully misappropriated, inter alia, GlasWeld’s confidential customer lists and other proprietary information.”
GlasWeld alleges specifically that Surface Dynamix’s DynaVac products embody the claims of the ‘180 Patent and that Boyle “had actual knowledge of the ‘180 Patent and knew or should have known that the … products embodied the invention claimed in the ‘180 Patent.”
Further, GlasWeld alleges that Surface Dynamix’s Halo Pro products embody the claims of the ‘372 Patent, of which Boyle also is alleged to have knowledge.
In addition, GlasWeld charges Boyle with contributory infringement of the ‘372 Patent, alleging that while the Halo Pro products embody the claims of the patent, they are said to be designed for use without a resin injector. However, company officials allege that the Surface Dynamix website depicts the products in use with a resin injector and “request[s] that purchasers indicate the type of resin injector with which the ‘372 accused products will be used.”
GlasWeld is requesting that the court place an injunction against Boyle for the alleged offences and is seeking “all appropriate additional monetary relief, including an award of treble damages against Mr. Boyle, dba Surface Dynamix for wilful infringement.”
Boyle offered the following statement in response to the suit: “I want to assure all of our customers worldwide that our products do not infringe on any intellectual property rights of GlasWeld,” he says. “Clearly this is another attempt by [GlasWeld president and owner] Thomas Spoo to discredit and harm me, my family and my company three days before Christmas. The decision by the State [of Oregon] last week to drop all felony charges in the prior case against me has obviously caused panic in the GlasWeld camp.”