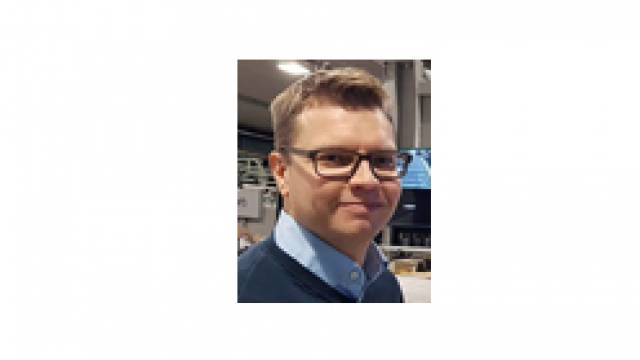 Glaston has created a new position in the company – digitalization manager – and has hired Kai Knuutila to bring the power of the Industrial Internet of Things to glass processing equipment.

Glaston has announced that it has hired Kai Knuutila as digitalization manager, a newly created position. His goal will be to bring the power of the Industrial Internet of Things to glass processing equipment.
Knuutila started his career at Nokia in 1998, and spent 13 years working for Nokia’s smart phones in many different roles, including system design and architecture and on many different teams. He then went on to work for Intel Corp., where he worked on software architecture and system performance, and Trelab, one of Glaston’s business partners that focuses on wireless sensor solutions that measure vibration, movement and other performance data in machinery.
“I’m a big believer in technology in general. From my previous work experience, I’ve seen how the silicon industry has enabled new things that were beyond the ordinary at the time of introduction – and now are ordinary in our lives. In 2012, we weren’t even thinking about some of the ways that technology can help us. So just think about where we will be in 2022 – and all the possibilities we don’t even know yet,” says Knuutila. “I’m happy to bring my vision and capabilities into my new role to create a concrete plan for implementing IIoT and to make it happen.”
Share
Facebook
Twitter
WhatsApp
Linkedin
Email
Print
Telegram
Copy URL
Share
Facebook
Twitter
WhatsApp
Linkedin
Email
Print
Telegram
Copy URL