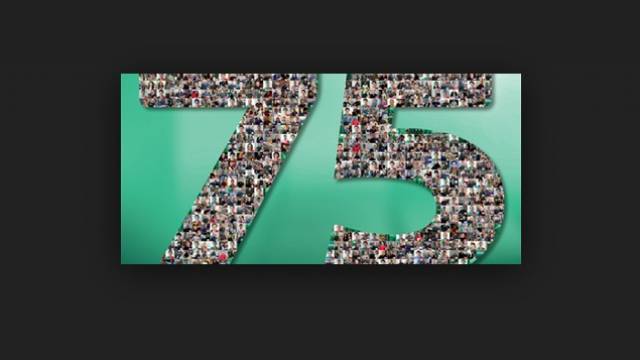 As part of the celebrations for the company’s 75th anniversary, the new proposals of the Group were the protagonists at Glasstec: digital printing on glass, an exclusive App for the sales activity, the launch of new products for the automotive industry and innovative warm-edge profiles.

2016 Glasstec once again confirmed the success of the Group, a leader in chemicals for secondary flat glass processing. Visitors from all over the world appreciated the many new proposals presented during the four days of the fair.
2016 is a special year for Fenzi as it celebrates its 75th anniversary and during the fair, it decided to pay homage to its large family consisting of about 700 employees around the world, witnesses and architects of the company’s success across five continents, which was highlighted in an original way inside the stand. This atmosphere acted as a backdrop for the main products launched on the market.
A large audience for the live demonstrations of digital printing on glass proposed by Tecglass, a company specialising in this sophisticated technology, which joined the Fenzi Group at the beginning of the year. Visitors to the Fenzi stand were able to see for themselves the effectiveness and precision of the Tecglass machines, the fastest and most advanced on the market today, capable of printing all kinds of graphic motifs, patterns and photographic images with high definition. Tecglass also offers an exclusive app developed as a sales support for its customers: the Vitro-Design App, available free for smartphones and tablets and officially launched at Glasstec. It allows viewing an almost infinite number of decorative patterns and simulates their effect when printed on glass, for a quick and easy demonstration of the final result.
Presented for the first time to the public was also Tempver Automotive, a new range of highly specialised glass enamels for automotive glass. This new line of innovative products developed for the automotive industry is the first step in a wide-ranging strategy that will see the Ceramic Paints Division engaged in a vast expansion of its range of applications over the next few years.
Glasstec also showcased the warm edge products of the Glass Alliance network, made up by by Fenzi, Alu-Pro and Rolltech. The performance by Multitech in particular attracted the attention of visitors. The innovative rigid spacer developed in the Alu-Pro and Rolltech laboratories and made of reinforced plastic with a special multi-layer barrier is ranked among the industry’s products with the highest achievable performances in linear thermal transmittance (Psi). Thanks to the extremely thin, but exceptionally durable features of the special multilayer barrier, the new spacer meets the most stringent international standards, and ensures excellent results in terms of resistance to the passage of vapour and gas.
Complete satisfaction in the words of Alessandro Fenzi, CEO of the Group:
“Our participation in Glasstec has always been positive, we have always succeeded in proposing highly technological products that perfectly meet the market demand for quality. For 75 years, we have been offering a wide range of innovative products, coming from a constant commitment in research and development activities, focusing on the needs of the glass industry. We noted with satisfaction that our customers and glass operators responded very positively to the new proposals. This is the best way to celebrate our first 75 years”.