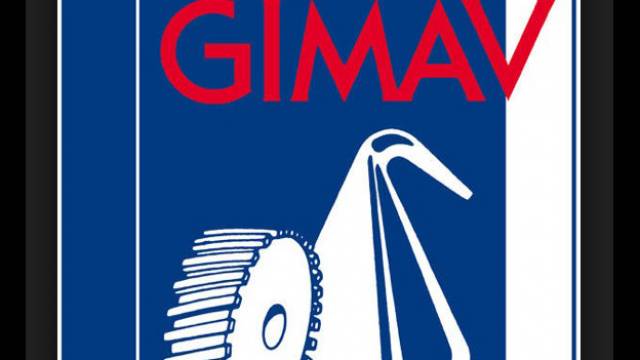 The results of a recent report on Italy’s glass processing machinery and accessories sector showed that exports are driving the sector, confirming the excellence of the Italian industry.

On 15 June, all the attendees at the General Meeting of GIMAV were anxiously waiting for the results of a report on the state of the sector.

The results were more than comforting: the positive trend for Italian glass processing machinery, accessories, and special products posted a year earlier was repeated and consolidated in 2015. The report signalled a new wave of optimism for everybody, demonstrating the strength of the sector despite the difficult economic situation.

The stronger positive trend was underlined by a pick-up in the domestic market, which was more sustained for the flat glass sector. This good result accompanies a significant growth in exports, accounting for 80% of total sales.

It is the exports that lie behind the substance of this sector, which had already increased its sales at the very time when the recession was at its worst.

A detailed analysis shows a significant increase in exports to the NAFTA countries with a 58% gain, as a result of the initial pick-up in the US economy but also because of sales to Mexico growing at a faster pace (up by 73.27%).

The European Union remains the main export market for these products which grew by 18.38%. As far as the non-EU countries are concerned, the most striking figure was definitely an increase in sales to Turkey, which topped the ranking of export markets. By contrast, exports to Brazil and Russia took a nosedive due to the socio-political and economic instability of the former and the geo-strategic political crisis in the latter with the controversial international sanctions that have been adopted.

For machinery, products, and accessories for the processing of flat glass in particular, international sales rose by 5.40%.

The United States is the main outlet followed by Belgium which is the leading importer in the EU. Poland is third, increasing its imports, and with Germany holding on to its ranking despite a slight fall. Sales also fell in France, which dropped from 6th to 13th position. Overall, the European Union remains the largest market, whereas in the Middle East, imports by Saudi Arabia surged (rising from 26th to 8th position) and Oman climbed from 97th to 10th position. As already mentioned for the sector as a whole, for flat glass also the most negative results were those posted on the Brazilian and Russian markets: the first falling from 1st to 6th while Russia fell from 5th to 38th.

Once again the most significant results came from Turkey, which came first in the general ranking for hollow glass exports. Next was Mexico, rising significantly, while China maintained its third position.

Greater positivity is being fuelled by a turnaround in the negative trend on the domestic market, which has posted a significant increase in sales.

This is definitely the result of economic incentives aimed at making Italian products more competitive on global markets. The ‘Nuova Sabatini‘ incentive has made it easier for companies to obtain loans in order to invest in new machinery, systems, and equipment while the ‘Superammortamento‘ incentive has increased the tax deduction for companies that buy or rent new machinery.

These measures are proving to be effective and Italian companies are updating their machinery and systems to top-notch levels, as is required of a country that is always in the forefront in this industry.

Overall, the figures indicate that the sector is going strong and strengthening its position on the industrial scene. As a result the estimates for 2016 are legitimately optimistic, especially for exports (which account for the largest share of company sales), and with the international situation expected to improve. The same favourable forecast on the domestic front comes from hopes that incentives for investments will be confirmed in the future.

In conclusion, the Italian glass industry continues to shine and the traditional excellence of its glass processing machinery, products and accessories remains unparalleled worldwide.