Dietmar Siemssen, CEO of Gerresheimer AG, commented, “We had a successful second quarter. Our business retains its strong momentum. All divisions contributed to the good revenue growth. I am confident that we will meet all of our targets for 2019. Sensile Medical’s micro pump for Parkinson’s treatment is successfully in use in the European market and is progressing positively. The groundwork is also now being laid in a highly promising new project for the treatment of heart failure.”

Gerresheimer increased revenues by 7.2 percent to 356.5 million EUR in the second quarter of the financial year 2019, up from 332.6 million EUR in the prior-year quarter. The syringe business performed well in the second quarter of 2019. Revenues with plastic primary pharmaceutical packaging also grew. The medical plastic systems business was stable. Moulded glass primary packaging revenues increased, mainly due to a rise in demand from cosmetics customers. The injection vial, ampoule and cartridge business did particularly well in Europe and Asia.

Gerresheimer is pursuing a large number of projects for profitable growth and enhanced productivity. These projects are being systematically implemented and are well on schedule. They include the expansion of syringe production at the plant in Buende, Germany, and expansion of the pharmaceutical primary plastic packaging plant in Anapolis, Brazil. The moulded glass plant in Essen, Germany, is to undergo a furnace overhaul in conjunction with capacity expansion and further automation.

In figures, capital expenditure of 28.6 million EUR was incurred in the second quarter of 2019. This was mainly directed at the continued expansion of inhaler production capacity at the Horsovsky Tyn plant in the Czech Republic together with other additions to production capacity and to the product portfolio. Other capital expenditure in the quarter under review related to the prepayments for the furnace overhaul in Essen, Germany, as well as production plant modernization and automation at various plants.

Subsidiary Sensile Medical also made progress: the wearable micro infusion pump specially developed by Sensile Medical for EVER Pharma has already been commercialized for Parkinson’s treatment in several European countries. The micro pump allows Parkinson’s sufferers greater independence in their daily lives. The broad application range of the micro pump and of its modular standard engineering is demonstrated by a highly promising new project with great market potential. The micro pump is to be used in the treatment of heart failure. At present, the groundwork for this new project is being laid.

Outlook
Gerresheimer’s expectations for the financial year 2019 are as set out in the following, in each case based on constant exchange rates. 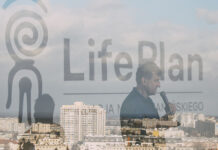