Gerresheimer: Querétaro is its best facility of the year 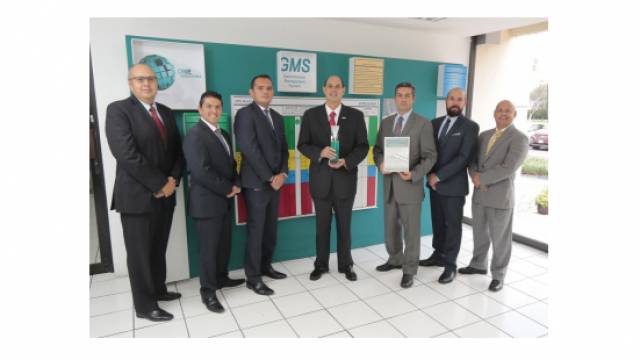 Gerresheimer has announced that its facility in Querètaro, Mexico, has been awarded the best facility within the pharmaceutical and medical packaging group.

Gerresheimer’s Querètaro site in Mexico has been awarded the best facility within the pharmaceutical and medical packaging group. The site has made multi-million dollar investments in the past three years in vials, ampoules, pre-fillable syringes and specialties.
Hector Garcia, Senior Plant Director Querétaro, Tubular Glass Converting, said the site now has the most modern and efficient manufacturing lines in the industry to produce vials and ampoules, which are equipped with dimensional and cosmetic inspection systems.
“These allow us to deliver to our customers, mainly pharmaceutical laboratories, the highest quality containers for injectable drugs, fulfilling and surpassing the most strict quality requirements of the pharmaceutical industry and of medical devices.”
At the same time that the installation and validation of the new equipment was taking part, the site held ad hoc courses and trained personnel for the optimum operation of the equipment. Now, Gerresheimer Querètaro, produces 1.3 billion units per year, which is one container per six human beings in the world. It delivers to customers in Mexico and export to the USA, Canada, Central America, Brazil, Chile, Argentina, Germany, Austria and India, among others.
Mr Garcia added: “Some of the main factors that made us deserve this recognition among the group are our work philosophy based on Total Quality in all areas, High Perfomance Culture and Teamwork, and with the application of the Gerresheimer Management System (GMS) management tools we obtained a high customer satisfaction level and consequently outstanding business results.”
The Gerresheimer group operates more than 40 plants around the world.
Share
Facebook
Twitter
Pinterest
WhatsApp
Share this article
Share
Facebook
Twitter
Pinterest
WhatsApp