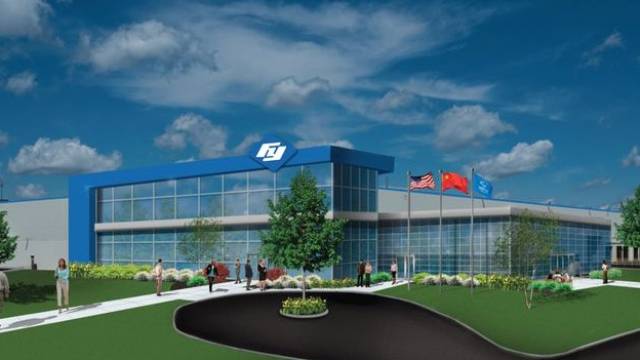 Fuyao Glass Industry has announced that it plans to purchase the former General Motors Assembly in Ohio. The company will invest USD 200 million in the plant to build its first North American automotive glass manufacturing facility.

Fuyao Glass Industry Group chairman and founder Cao Dewang announced the company plans to purchase the former General Motors Assembly in Moraine, Ohio, to build its first North American automotive glass manufacturing facility.
The company will invest USD 200 million in the plant and plans to bring 800 jobs to the area over the next five years.
“We appreciate Ohio’s strategic location, workforce and pro-business environment in making this decision to open our North American facility,” says Dewang in a statement. “We are making such an investment in Moraine to better service our important OEM customers in the United States and North America.”
The company plans to begin glass manufacturing by the end of 2015. The project still needs to undergo the due diligence process on the building and gain approval of federal, state and local incentives.
Fuyao is the largest automotive glass supplier in China with 65% of the market and 18% of the global automotive glass market. The company currently has a presence in the US, Germany, Russia, Japan, South Korea, Australia, Brazil, and many other countries in the world.
Fuyao, headquartered in Fuzhou, China, employs more than 18,000 workers globally and plans to use its new Moraine facility to supply its growing US customer base, including General Motors, Chrysler, Hyundai, Honda and Kia.
And globally, the company provides batch OEM supplies for Audi, Bentley, Volkswagen, GM, Ford, Toyota, Honda, Nissan, PSA, Volvo, Hyundai and Chrysler.