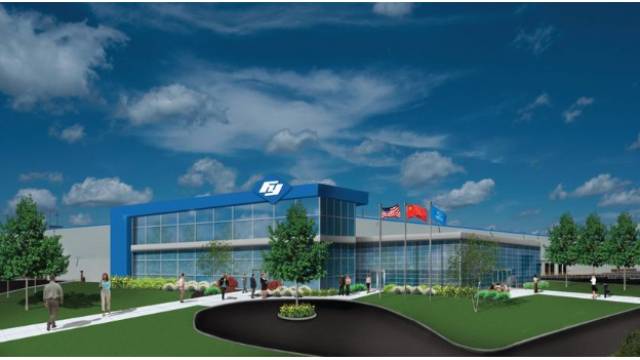 Fuyao is making a USD 7 million to the University of Dayton to contribute in the purchase of the five-storey, 68,000-square-foot building housing the China Institute, which opened in 2012 in the Suzhou Industrial Park.

Fuyao Glass America Inc. is donating USD 7 million to the University of Dayton to help develop the university’s China Institute and partner in educational efforts, officials announced.
The donation will go toward the purchase of the five-storey, 68,000-square-foot building housing the China Institute, which opened in 2012 in the Suzhou Industrial Park.
Fuyao Glass Chairman Cao Dewang and UD President Daniel J. Curran made the announcement at the University’s River Campus in Dayton.
The university opened the China Institute in August 2012 to better position researchers to commercialize technological advances. The facility is located in a zone where a third of the world’s Fortune 500 has a presence developing innovations in advanced manufacturing, information technology and biotechnology.
Suzhou Industrial Park made a multimillion-dollar investment by offering UD three, rent-free years use of a renovated building with classrooms, laboratories and project space.
The university also has educational partnerships with at least eight Chinese universities. Last fall semester, 796 Chinese students were among the 11,368 enrolled at UD’s campus in Dayton. The spring semester, started this week, will start with about 30 students in China. Some are from other universities enrolled in UD classes through study abroad programs, according to the university.
Fuyao bought 1.2 million square feet of the former General Motors Assembly Plant in Moraine at West Stroop Road and Kettering Boulevard for USD 15 million in May. The company is in the process of bringing in manufacturing equipment for automobile glass assembly at the facility.
The company plans on hiring 430 to start operations in the plant by March or April. Company officials said 630 employees will be hired by the end of 2015 and 1,000 will operate the plant once it’s fully operational.
Last month, the university announced Curran will step down in June 2016 to teach and focus on the university’s China initiative.
Curran plans a one-year sabbatical before returning to UD as professor, conduct research, and be the executive-in-residence for Asian affairs at the China Institute in Suzhou.
The board of trustees is launching a national search to find a replacement for Curran, 64, who became the first lay president in the school’s history in 2002.