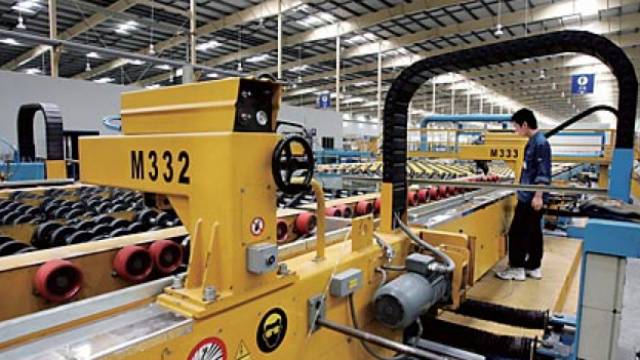 Fuyao Glass Industry has launched a plant in Kaluga, a modern industrial hub 160 kilometres southwest from the Russian capital, with a total cost of about EUR 300 million. About two-thirds of car glass that Fuyao will produce in Russia will be distributed to Europe, with the remaining third sold domestically.

China’s Fuyao Glass Industry Group, the world’s second largest automotive glass manufacturer after Asahi Glass, has launched a plant in Kaluga, a modern industrial hub 160 kilometres southwest from Russia’s capital. Construction began on the plant about two years ago.
The capacity of the first line is 1 million sets of automotive glass a year and is set to triple over the next two years, according to Fuyao Glass Rus managing director Chen Chuqing, who added that the total cost of the project is about EUR 300 million.
Fuyao Glass Industry Group president Cao Dewang said that in future the company may consider the option of producing float glass in Russia too.
About two-thirds of car glass that Fuyao will produce in Russia will be distributed to Europe, with the remaining third sold domestically, Dewang said. He added that the company’s main customer in Russia will be the Volkswagen (VW) group, which also has a plant in Kaluga. Currently, Volkswagen’s plant in Kaluga uses only imported glass, coming from China and European countries.
Dewang did not name any other potential customers for the new plant’s products. It was previously reported that in addition to VW, the company was planning to sell glass to AvtoVAZ.
The main risk Fuyao is facing with its Russian project is the reduction of the car market in Europe and Russia, says head of Avtostat research agency Sergey Tselikov.
According to the European Business Association, in the first seven months of 2013 the market shrank by 6%. To keep its Russian plant busy, Fuyao will have to fight for a share of the market with other players, Tselikov points out.
About 50% of the Russian automotive glass market, “according to conservative estimates,” is currently taken up by Asahi Glass Co., said an employee of the company’s AGC Borsk Glass Plant in Nizhny Novgorod Region.
The market needs about 15 million units of car glass for new vehicles every year (about 1.9 million sets, each usually comprised of eight units of glass) and about 4 million units of automotive glass for repairs, he went on to say.
The capacity of AGC Borsk Glass Plant is 1.5 million sets of glass a year, and the plant has no plans to increase it, he continued.
The company’s main task, given rising competition, is to preserve its existing share of the market, he said.