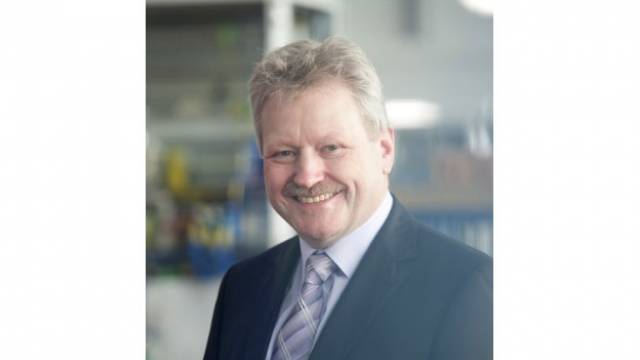 Managing Director Wolfgang Lachmann joined futronic 25 years ago as Technical Manager. In 2004, he took over the management of the control systems specialist in Tettnang together with Michael Preuß.

This year is the 25th anniversary of Wolfgang Lachmann – futronic’s Managing Director since 2004 – as an employee of the German electronic controls development company.
Prior to embarking on his professional career, Wolfgang Lachmann took a degree in Electronics Engineering in the field of Communication Technology at Ravensburg-Weingarten University for Applied Sciences. Already as a student Lachmann, a native of Bad Waldsee, had offered engineering services and, at the end of the 1970s, he developed for Escher Wyss the information technology part of a measurement device to measure the thickness of cigarette paper. He then introduced the first Personal Computer ever to this enterprise, which was used directly at the factory for efficiency calculations of a water turbine – an absolute innovation at that time.
In 1980, the technicians of glass manufacturer Oberland in Bad Wurzach looked for someone to push computer engineering, where Lachmann came to know futronic.
In 1986 he became Head of the Technical Department, and took over the helm at futronic together with Michael Preuß in 2004. In this management duo, Preuß is responsible for sales and distribution and Lachmann for technical management.
Lachmann was also personally involved in the development of the FMT24S. The FMT was the first Control System for a Glass Production Machine with IP-Technology in the world. In the following years Lachmann promotes the expansion of industrial automation in a significant role, and thus also the product portfolio.
The move to a larger building complex in Bürgermoos industrial park in 2008 marks an important milestone in the company’s history.