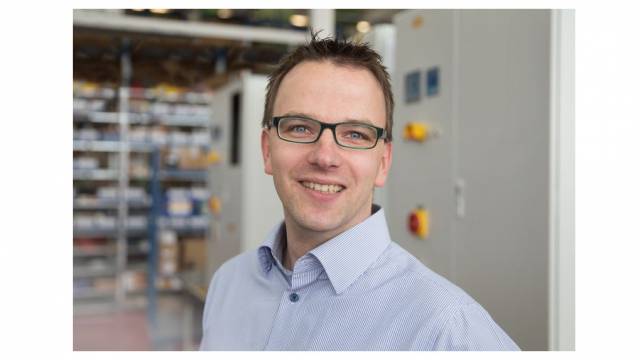 Aiming to get the company ahead from a strategic and a technology point of view: Frank Ebersbach, futronic’s new Head of Development

Frank Ebersbach, futronic’s new Head of Development, will be following in ex-Managing Director Wolfgang Lachmann’s huge footsteps in his responsibilities for all of futronic’s software and hardware development activities.

Frank Ebersbach, aged 38, recently joined control system manufacturer futronic as new Head of Development. He will be responsible in the future for all of futronic’s software and hardware development activities in the container glass division as well as for automating customised applications with embedded systems. He previously worked for ten years as an engineer at a major international supplier of sensor and automation solutions based in Tettnang.
Ebersbach’s duties will include the further development and optimisation of futronic’s successful controls and drives for container glass machinery and equipment. This covers everything from drinks bottles through glass jars for sandwich spreads or baby foods to perfume bottles made at glassworks around the globe. He will also oversee projects to automate customised applications with so-called embedded systems. The idea, of course, is that more new and innovative products will be created under his aegis. “futronic is one of the leading suppliers in this field”, Ebersbach explains. “I want to help secure our company’s cutting edge in the long term in the face of global competition.”
Ebersbach is very much aware of the huge footsteps he’s following in as successor to Wolfgang Lachmann, who is what you might call an institution in the glass industry. The management has every confidence in him in spite of this: “We’re convinced that Frank Ebersbach is the right man for the job,” emphasises Managing Director Michael Preuss. “He’ll step into those footsteps very quickly and get the company ahead from both a strategic and a technology point of view.”
Ebersbach started work at futronic on 1 December. Since joining the firm, he’s been undergoing a rigorous programme learning the ropes, preparing for his new mission and winning the commitment of his 13-strong team. After launching his career at a maker of special-purpose machines, he then spent nearly a decade working for a major international supplier of sensor and automation solutions in Tettnang. In addition to the extensive development, manufacturing and quality assurance know-how which he gained during both of these periods, he can also draw on experience in technical sales and leadership positions – skills that will stand him in good stead in his new assignment at the dividing line between customers and production.