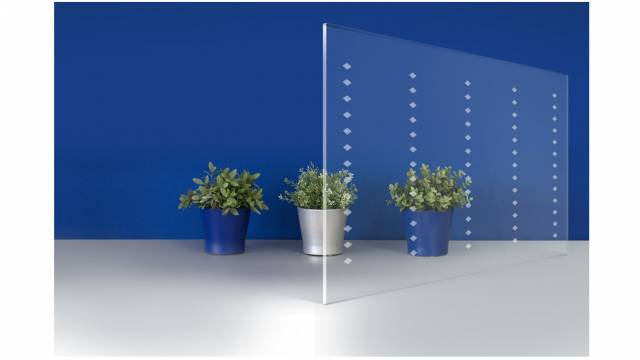 With the Amacor mould system from Fratelli Pezza, glassmakers can now carry out sandblasted stripes and other geometric shapes without the need to stick a mask onto the glass.

In order to speed up the decorative sandblasting process, Fratelli Pezza has designed a mould system with which it is possible to carry out geometric patterns (squares, stripes, diamonds, circles, etc.) in automatic mode, avoiding the application of a paper or vinyl mask on each glass.
The Amacor mould system on the automatic sandblasting machines of the Zephir and Mistral enables to carry out sandblasted stripes and other geometric shapes (squares, rectangles, circles, diamonds…) without having to stick a mask (made of vinyl, paper, etc.) onto every glass. This system provides remarkable increases in production rate, while maintaining good quality levels.
There are several standard patterns available, and customized stencils according to customers’ specifications can be made on request. The Amacor system is mainly used by glass factories that produce doors, shower enclosures, partition walls, kitchen splashbacks and other furnishing elements in large numbers for wide distribution. 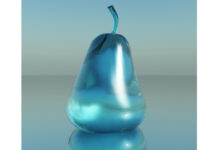 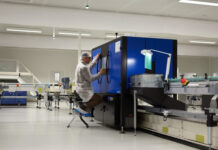