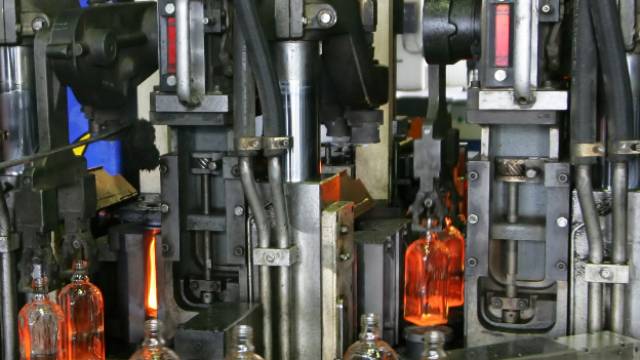 Recent data published by the European Container Glass Federation (FEVE) shows that glass packaging production volumes in Europe increased in 2011, building on a positive trend after the 2009 financial crisis, with production figures back to 2006 levels.

Glass packaging production volumes in Europe grew by 4.2% in 2011 according to data published by the European Container Glass Federation (FEVE). The growth confirms the increase recorded in the first half of 2011 (4.7%), and builds on a positive trend after the 2009 financial crisis. Production figures are back to 2006 levels. The total production volume in Europe was 21.7 million tonnes as against 20.8 million tonnes in 2010. Considering market diversification, as well as major progress made in light-weighting, it is conservatively estimated that more than 50 billion units were produced by about 160 plants in Europe for domestic and international markets.
“The year 2011 marked a strong recovery of the industry production volumes to satisfy an increasing local demand, but also a rise of exports outside of Europe. This clearly confirms that the industry is a very stable economic reality in Europe, notwithstanding increasing competition from other materials and an unclear economic framework,” says FEVE President Stefan Jaenecke. “It is quite reassuring in a situation of current macroeconomic uncertainty.”
Strong growth was recorded in some leading markets, such as in Germany (7.3%), France (5.0%), Spain (4.4%), as well as in Portugal (3%) and in Italy (1.8%). The situation was stable in the UK (-0.3%) and Poland (0.5%), while Turkey confirmed the exponential growth trend of the previous years, although at a slower pace (5.5%).
“With its more than 50,000 people employed,” says Amalia Sartori, Member of the European Parliament and Chair of the parliament’s Committee on Industry, Research and Energy, “and the several job opportunities created along the value chain, the container glass industry brings a major contribution to EU welfare. Its business model based on an efficient use of recycled glass in a closed loop production system represents the way forward in building a resource efficient society. I can only welcome the constant efforts made by the industry to improve an already efficient and sustainable system.”
Glass continues to lead the way in some key markets such as the spirits, wines and beer segments, while winning more and more space in the food sector not only due to new trends for local, organic and natural food, but also by a return of consumers to glass as their preferred packaging material.
“Glass remains the packaging preferred by 74% of European consumers,” continues Stefan Jaenecke. “It is as if the current situation of uncertainty we live in triggers consumers’ quest for security and better quality of life: as a packaging solution, only glass can provide unequalled guarantees in best preserving the original taste and nutritional qualities of products consumers like, and in protecting their health.”