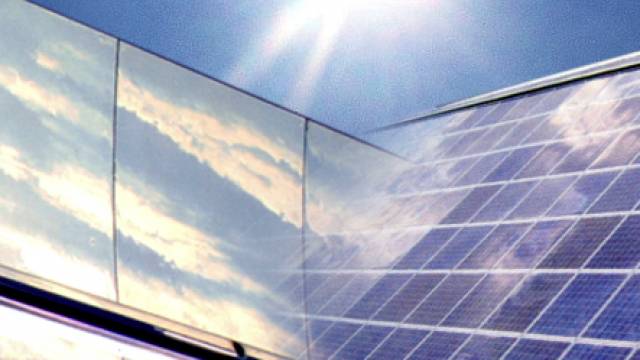 A protest has been filed by EU Pro Sun Glass, a conglomerate of European solar glassmakers, with the European Union over what it considers to be Chinese dumping policies.

A European organization of solar glass producers has filed another protest with the European Union over what it considers to be Chinese dumping policies. State subsidies are at the heart of the dispute.
EU Pro Sun Glass, a conglomerate of European solar glassmakers, said it had filed a new compliant with the EU executive against what it called China’s disregard for fair competition.
It accused Beijing of getting rid of excess capacity on the European market after a boom in the Chinese industry helped by massive financial support from the government.
“To make some use of this incredible overcapacity, Chinese producers are dumping their solar glass on the EU market at prices which do not even cover the costs of raw materials,” EU Pro Sun Glass President Ulrich Frei said in a statement.
Frei emphasized that European solar glassmakers were put at a huge disadvantage. “European solar glass factories have to follow market economy rules and are being seriously injured by the unfair competition from business rivals in China who have the seemingly endless financial support of their government,” he commented.
The EU executive, which has not yet officially confirmed the reception of the complaint, would have 45 days to consider the protest and decide whether an investigation should be launched.
EU Pro Sun Glass’ complaint could further strain ties between Europe and China already tested by subsidy and dumping investigations in other areas, concerning such products as leather, plywood, ceramic tiles or ironing boards.