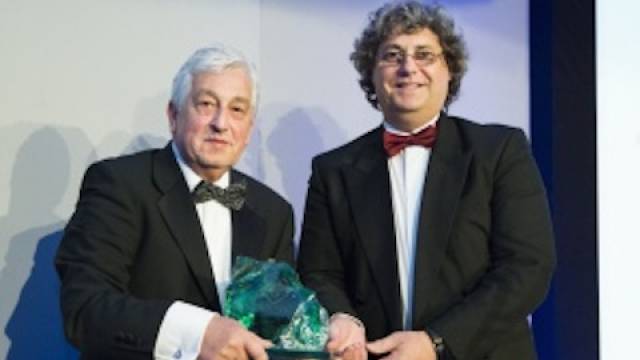 Encirc won gold in a number of categories, including Corporate Social Responsibility, Supply Chain Initiative, and Apprentice of the Year. The manufacturer’s strategic development director, Peter Fitzgerald, was also honoured with the Outstanding Contribution award for the positive impact he has had on the glass industry over the course of his career.

Judges were particularly impressed by Encirc’s achievements in shrinking the carbon footprint of its supply chain, while ensuring high quality support for customers. In the last year, Encirc has modified its warehouse to hold larger pallets, reducing the amount of plastic packaging it uses by 146,000kg. The manufacturer has also consolidated its deliveries, cutting transport requirements by seven million kilometres and saving 1.7 million kg of carbon a year.

In addition, Encirc has introduced Trees for Me, an initiative aimed at off-setting the carbon emissions from its operations by planting more than 1,500 trees at its site in Elton, Cheshire. The scheme also helps to support local wildlife through the planting of bluebells to mitigate the flower’s habitat loss in recent years and the introduction of bird boxes and beehives.

Speaking about the award wins, Rob Turvey, sales and marketing director at Encirc Glass, said “cutting our environmental impact while supporting our customers to maximise the efficiency of their own operations is a key goal for us. It’s fantastic to have our work recognised by the industry.

We’re immensely proud of Peter Fitzgerald’s success. Peter has long been a fixture in the industry, and has played a key role in helping to raise the profile of glass packaging both among consumers and drinks manufacturers, so it’s an incredible achievement for him to retire on such a high.”