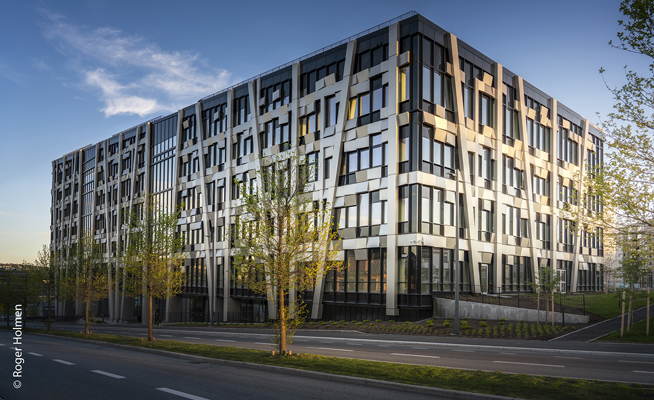 Basic details of the project
“The Curve” was realized in France in 2020. The building extends diagonally across the site, following the shape of a curve. The seven floors with a total area of 24,400 m² house administrative areas, a restaurant, a café and bar, a fitness centre and a concierge service.

Glass and Systems
The 10,000 m2 element façade was realized by Metal Yapi. To flood the offices with natural daylight, floor-to-ceiling window areas with windings of between 1,000 and 2,000 mm and a height of 3,285 mm were planned. Saint-Gobain Pietta manufactured the double glazing. An extremely transparent and highly selective solar control glass from Saint-Gobain was chosen for comfort, aesthetics, and energy efficiency.

The asymmetrical pane structure consists of an outer laminated glass with COOL-LITE® XTREME 70/33 coating on the inside, 16 mm Super Spacer® Triseal™ Premium Plus Black as a Warm Edge from Edgetech/Quanex and an 8 mm float glass.

The Project Team
This project was realized in preparation of the Olympic Games in 2024. The idea for green and wooden buildings for this neighbourhood was the essence of this project. It was implemented by BNP Paribas Real Estate. Chartier Dalix office are the architects who designed “The Curve”. Binderholz is the company that provided the cross-laminated timber elements to form the structure. Metal Yapi were responsible for the 10 000 m2 of element facade while Saint-Gobain Pietta manufactured the double glazing with the help of Quanex/Edgetech and their Super Spacer®. Finally, Döring Glas were in charge of curving the insulating glass units.

Innovative project elements
The main structure of the “Curve” business centre is built entirely of solid wood of a total of 5,000 m³ CLT BBS Binderholz quality and glued laminated timber. The natural insulating properties of the wood allow for a 40 % reduction in energy consumption compared to the standards set by the RT 2012. The certification is based on the optimal energy values according to the French standard for commercial buildings HQE “Excellent” and according to BREEAM and Effinergie+.

5,000 m3 of cross-laminated timber elements from Binderholz form the structure; only the building core and the four basement levels are made of low-carbon concrete. BNP Paribas is more committed to sustainability than almost any other real estate developer. “The Curve” is 40 % below the energy consumption limits of 50 kWh per square meter on average according to the RT2012 thermal insulation regulations and was designed for HQE Exceptional, Effinergie+ and BREEAM certifications

Additional details
Efforts are being boosted by numerous construction and infrastructure projects for the Olympic Games. Well-known media and service companies have settled here and, according to the city planners, a lively quarter for living and working is being created, which is also developing into a stronghold of French timber construction. For the Olympic Village, which will be built in Saint-Denis by 2024, all buildings under eight stories must be constructed in wood, and taller buildings must at least be designed to be as low-carbon as possible.

Another sign of the new beginning is the 30-hectare eco-district ZAC de la Montjoie in the city center, where particularly strict specifications apply for the promotion of biodiversity and the use of sustainable materials such as wood. 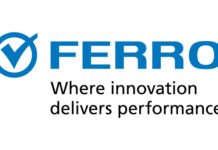