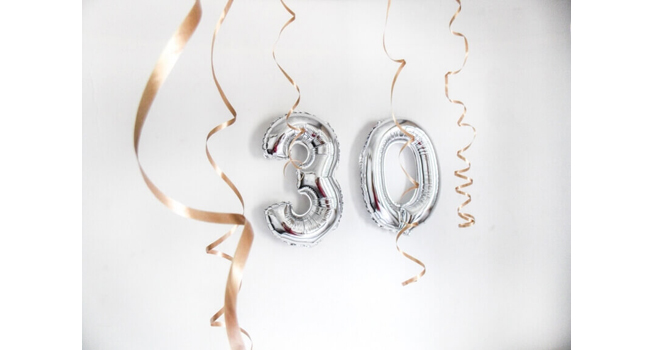 What were you doing in 1989? Indiana Jones was in the cinemas, Madonna was in the charts – and in the slightly less day-glo world of fenestration, Super Spacer® was released to market.

Super Spacer wasn’t the first warm-edge spacer. They’ve been around for generations – as far back as 1865, in fact, American inventor Thomas D Stetson was patenting double-glazed windows that used wood or rope to separate glass panes.
But Super Spacer was the first foam warm-edge spacer – and it was only with its launch that the warm-edge concept in general really took off. Rather than metal, Super Spacer was made with heat-insulating foam, over 950 times less conductive than aluminium, and significantly more productive for manufacturers.

Companies around the world use it to complete ambitious architectural projects.
It’s recently been used in Dubai’s striking Museum of the Future, and in renovations to the Eiffel Tower – and, increasingly, to automate window production, and manufacture products that offer outstanding performance.

That’s because Super Spacer units can be manufactured in under twenty seconds. Even using the most basic, entry-level manual application tools, some people make a unit with it in under 15 seconds.
Upgrading to a fully-automated Super Spacer line the efficiency gains drastically increase. A nine-person line applying traditional rigid spacers can produce around 1,200 units every shift. A high-speed automated Super Spacer line, by contrast, can produce 23.5 percent more units and requires just 3 employees to operate. In total, that equals savings of approximately 180,000 UKP every year.

But that’s just the beginning of the potential benefits of switching to Super Spacer. Competitor products don’t just take longer to apply, they’re a lot more labour-intensive too. The average rigid spacer has to be cut into bar length form, made into a frame, have PIB applied and be filled with desiccant beads before it can be used.
With Super Spacer the between seven and nine processes that go into making an IGU the traditional way are cut to just three.

In an era of increasing skills shortages, Super Spacer is more relevant than ever, even three decades after its introduction. That’s an astounding achievement. How many other products can you think of that are still helping their customers achieve optimal efficiency and performance thirty years after their launch?

That’s why, at this year’s FIT Show, Edgetech UK Ltd. will be celebrating Super Spacer’s incredible career with a thirtieth birthday party at their stand on Tuesday, May 21, evening. Edgetech UK hopes to see you on stand C24 within the Visit Glass area to help them celebrate!