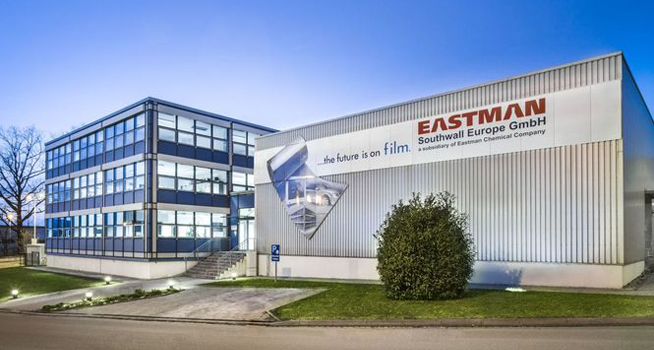 Eastman Chemical Company announced a capacity expansion at its Dresden, Germany, manufacturing facility to support a new coating and laminating line. The expansion will supplement Eastman’s assets in Martinsville, Virginia, and is expected to be online mid-2021 while bringing approximately 50 new jobs to the site.

“We are very excited to announce this investment in our Dresden site and our Films business,” said Erin Bernhardt, general manager of Eastman’s Performance Films business. “The additional capacity will allow us to meet the continued strong growth we’re seeing in Europe and around the globe for our paint protection films as well as provide versatility to meet growing customer needs in high-value automotive and architectural window films.”

Eastman’s paint protection film is an elastic and transparent urethane film that helps protect and preserve automotive OEM painted surfaces. The product is optically clear and scientifically formulated to create a strong, reliable layer of protection against damage by rocks, salt, insects and other road debris. Its self-healing technology repairs scratches with heat from the sun or from the automobile’s engine. Paint protection films are a growing automotive accessory category that enhances the aesthetics and longevity of automobiles and other painted surfaces. Eastman is a leader in this market with brands LLumar®, SunTek® and V-KOOL™ serving the needs of car owners around the globe.

The company has announced a series of significant investments in paint protection films, including a Performance Films Patterns and Software Center of Excellence, multiple expansions at its Martinsville manufacturing facility, and Core™ pattern and business operations software.

Eastman is a leading manufacturer and marketer of high-performance window tint and paint protection film for automotive applications and window film for residential and commercial applications. Performance Films is a part of Eastman’s Advanced Materials business segment.