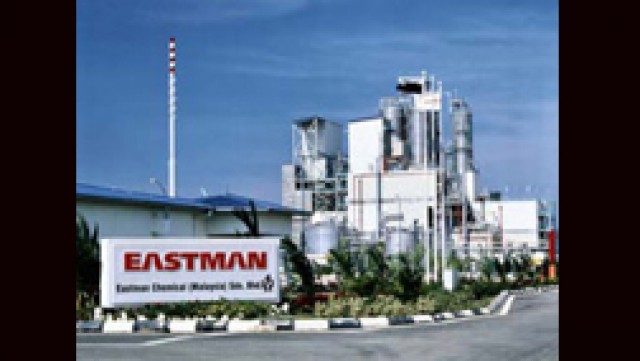 Eastman Chemical is buying Solutia Inc. for about USD 3.4 billion in cash and stock, which calls for Eastman to pay USD 22.00 in cash and 0.12 of a share for each Solutia share, or about USD 27.65 based on the 26 January close.

Eastman Chemical is buying Solutia Inc., chemicals provider for products from iPads to tires, for about USD 3.4 billion in cash and stock in a bid to drive its sluggish growth and focus on emerging markets, particularly the Asia-Pacific region.
The deal values Solutia shares at a 42% premium over the closing price on 26 January and was viewed as a good deal by Eastman investors, lifting its shares by 6% in morning trading on 27 January on the New York Stock Exchange.
Solutia, which emerged from bankruptcy in 2008, generated about 30% of its revenue in Asia-Pacific countries in 2011, and expects that to grow by a third by 2015.
“I don’t think people expected it,” said Eric Green, senior managing partner at Penn Capital Management, which owns 0.6% of Solutia shares.
“The stock is cheap and business is getting better. … They are leveraged to the Chinese auto market which is continuously getting better,” he added.
After years of modest growth, Eastman is now expanding its lucrative speciality plastics and wood applications businesses, and its shares are up about 15% in the past 12 months.
“Solutia has transformed itself into a financially strong, innovative performance materials and speciality chemicals company, with enviable market leading positions in virtually every market it serves,” Eastman Chief Executive Officer Jim Rogers said in a statement announcing the deal.
The deal calls for Eastman to pay USD 22.00 in cash and 0.12 of a share for each Solutia share, or about USD 27.65 based on the 26 January close.
Solutia has 122 million shares outstanding, according to data, which would mean Eastman is paying about USD 2.69 billion in cash and USD 690 million in stock for the company.
The merger would add to earnings immediately, Eastman said, and the combined company would save about USD 100 million a year in costs by the end of 2013. The companies expect the deal to close around midyear.
Eastman said it now expects 2012 earnings to be around USD 5 a share, excluding acquisition-related costs and charges. It raised its 2013 earnings forecast to more than USD 6 per share.
Jefferies analyst Laurence Alexander said in a research note that the deal, along with Westlake Chemical’s recent bid for Georgia Gulf Corp, reflects a move toward consolidation among speciality chemical companies.
Alexander said that other companies generally thought to also be takeover candidates include Albemarle, Celanese, Cytec, Huntsman, OMNOVA Solutions, and W.R. Grace .
Including debt, the Solutia deal is valued at about USD 4.7 billion, Eastman said. It plans to pay for Solutia with cash on hand, shares and debt.
The deal does not include a financing contingency, Eastman said, meaning the company would have to close on the deal even if it is not able to get banks to fund the purchase. Solutia would have to pay a break-up fee of USD 102 million if it walks away from the deal.
Eastman Chemical was formed in 1994, when Eastman Kodak spun off its chemical business to help pay down debt. Kodak filed for bankruptcy earlier this month.
Citi and Barclays Capital are financial advisers to Eastman, while Deutsche Bank Securities, Moelis & Co LLC and The Valence Group advised Solutia.
Shares in Eastman were up 6.1% to USD 50.00, while Solutia shares rallied 40% to USD 27.30.