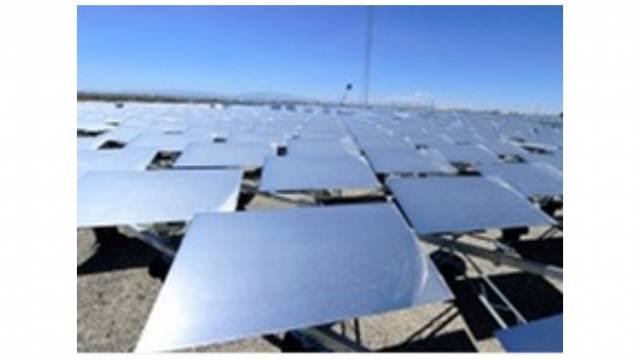 Dubai Investments PJSC has announced that its newest subsidiary, Emirates Insolaire, has developed a concept that will ‘revolutionize glass technology across the globe’.
The glass, available in any colour, and which, the company says, is the world’s first energy-generating solar glass, was developed in close collaboration with the Swiss Federal Institute of Technology. Each lite will be equipped with photovoltaic modules that use cells to convert radiation into electricity and solar thermal collectors designed to generate power while preserving more than 90% of efficiency, according to the company.
Emirates Insolaire, which says it is targeting 10% of the global solar glass market, will produce the solar glass at the Emirates Glass manufacturing facility in the United Arab Emirates (UAE).
“We are thrilled with the launch of this revolutionary solar glass technology here, which could literally transform the manner in which we use solar energy for our homes, offices, as well as commercial buildings,” says Khalid Bin Kalban, managing director and CEO of Dubai Investments. “This is a significant paradigm shift in solar glass technology, and we see significant growth opportunities going forward as we accelerate market penetration.”
The latest developments in the Middle East haven’t gone unnoticed within the American glass industry as well. US governmental regulations tend to be considerably more stringent than their overseas counterparts, but Chuck Mowrey, the senior director of global advanced glazing at Guardian Industries, says the introduction of the solar glass only underscores the global trend toward a greener society as a whole.
“Regulatory influence or need for Zero Energy buildings will only increase demand for advanced energy-efficient building enclosure designs,” Mowrey says.
The solar glass will be launched in two phases, with the first involving the glass being adapted with the new technology, while the second phase will encompass the manufacturing of the entire architectural panels.
According to Dubai Investments, there has already been high interest in the solar glass, ranging across numerous markets, including Switzerland, Germany, the US, the UK, Brazil, and India among others.
Emirates Insolaire solar glass receives diverse types of treatment of interferential nano-metric layers on one side and surface treatment on the other side to make it more efficient in generating power. Approximately 2,000 panels on one building are capable of generating 200 kilowatts of electric power.