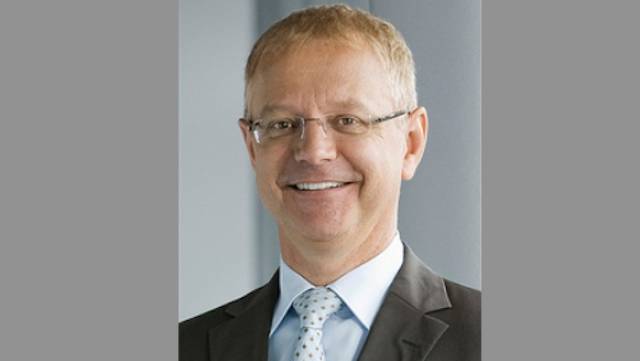 Dr Christian Fischer will join the Management Board of Gerresheimer AG as an ordinary member on August 1, 2017 before taking over as Chief Executive Officer on September 1, 2017.

Dr Christian Fischer is currently President, Performance Chemicals, at BASF SE in Ludwigshafen, Germany. Uwe Röhrhoff, CEO of Gerresheimer AG, announced in November 2015 that he would not be available to serve on the Management Board beyond his current appointment. “In Dr Christian Fischer, we have gained an outstanding leader as CEO. He brings with him 24 years of industry experience and has demonstrated his entrepreneurial drive in various roles at BASF, both in Germany and abroad. Over the past few years, Gerresheimer has refined its strategic focus, made successful acquisitions and divestments, and established numerous operational initiatives – these will ensure a smooth and seamless transition,” explained Dr Axel Herberg, Chairman of the Supervisory Board of Gerresheimer AG. “Gerresheimer AG is a highly successful, international company and a trusted partner to the pharma and healthcare industry. I am looking forward to my new role in this exciting company and market,” added Dr Christian Fischer. Uwe Röhrhoff will leave the Company on August 31, 2017. Following Dr Christian Fischer’s induction in August 2017, Uwe Röhrhoff will continue to support his successor in an advisory capacity for a further three months.
Dr Christian Fischer was born in Furth im Wald, Germany, in 1964. From 1984 to 1988 he studied chemistry at the University of Regensburg, where he gained his doctorate in 1991. He then studied business administration in Mannheim from 1993 to 1996. In 2014, he was appointed an honorary professor at the Technical University of Munich (TUM). Dr Fischer has worked at BASF since 1993. Having started his career as a laboratory team leader, he has held various positions at the company, including Deputy Division Manager, Global Marketing Director, Sales Director and Group Vice President in different divisions in Ludwigshafen and Hong Kong. He was President, Advanced Materials & Systems Research and currently serves as President, Performance Chemicals, at BASF SE in Ludwigshafen.