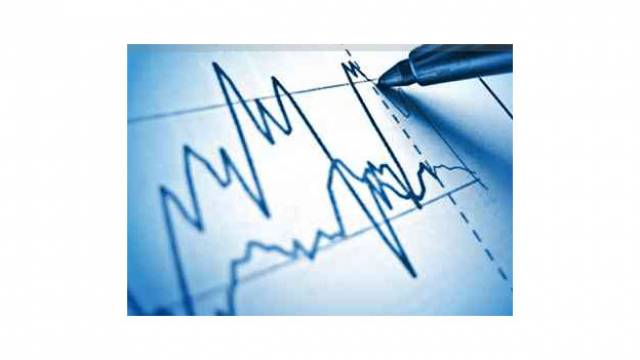 D’Ieteren is reporting a non-cash impairment charge for Belron of USD 121.9 million (EUR 98), which: “will be necessary in relation to the activities of Belron in the United Kingdom and in China.”

After an annual review of goodwill and intangible assets by D’Ieteren, it is reporting a non-cash impairment charge for Belron of USD 121.9 million (EUR 98), which “will be necessary in relation to the activities of Belron in the United Kingdom and in China.”
A non-cash goodwill impairment charge is required for Belron based on the changes in the UK market, according to officials.
“Despite increases in market share and the structural efficiency actions that are currently underway, profitability is not expected to recover to a level that supports the value [USD 206.24 million] EUR 166 million of goodwill and intangible assets with indefinite useful lives allocated to the UK. Based on current long-term projections, a [USD 110.6 million] EUR 89 million non-cash goodwill impairment charge is therefore required,” officials write in the report.
“As part of the purchase price allocation following the acquisition of Belron by D’Ieteren in 1999, a significant share of the total goodwill and brand value on the acquisition was attributed to the UK businesses as they were the main contributors to Belron’s profitability at the time,” according to a statement by D’Ieteren.
“Since 2010, Belron has been facing adverse market conditions in the UK with the vehicle glass repair and replacement market down by circa 40% over the period (down 12% in 2014) together with price deflation. This has led to an erosion in profitability during the period,” according to a statement.
In response to this, Belron is looking to change from a branch and mobile network to a fully mobile operation in the UK.
“Administrative functions performed at branch level are proposed to be centralized, while 23 warehouses and multiple small-scale stock locations located closer to the end customer will ensure the supply of glass to mobile units currently performed by the 73 branches operating today. This, together with the streamlining of activities performed centrally is expected to generate annualized savings in excess of [USD 18.6 million] EUR 15 million,” according to officials.
The business is in a “formal consultation process” with employees who will be directly affected.
“We can confirm that we are consulting with 179 branch-based employees regarding proposals to change our operating model,” said Tom Hubbard, a company spokesperson, when news of the change broke last week. “We appreciate this will be a difficult time for the individuals affected and as such we are making every effort to provide the appropriate support and identify new opportunities for our people.”
Belron entered China in 2009 and expanded to 39 branches that offer wholesale glass and automotive glass replacements. The company is now closing many of those locations leading to a non-cash goodwill impairment charge of USD 11.2 million (EUR 9 million) at year-end.
“Experience-to-date has shown that Belron’s high business standards were not compatible with the carrying out of a profitable wholesale business in the region,” according to the company’s statement.
The company had decided to discontinue the wholesale business, which means that many of Belron’s branches in China are “no longer viable in the long term and will be either closed or sold.”
The business change will result in USD 8.7 million (EUR 7 million) in “unusual costs,” as well as the non-cash goodwill impairment charge.
“Following the closure of 31 non-profitable locations, Belron’s footprint in China will be concentrated on eight branches. Compared with 2014, this should generate annual savings of circa [USD 5 million] EUR 4 million,” according to the statement.
Belron’s Italian business is changing after the AGRR market declined by about 8% and one of the company’s major insurance partners decided to establish its own network to fulfil glass claims during the year.
“Belron has decided to implement a number of efficiency improvement measures,” according to officials. “This will encompass merging the back offices of Carglass Italy and Doctor Glass, its franchise operation, as well as reducing administrative work in several branches thanks to the roll out of the new remote advisor system. The resulting [USD 5 million] EUR 4 million in unusual costs will be fully provided for at the end of this year and will generate savings that should partially compensate for the reduction is sales.”
Looking to the Netherlands, officials explained that the AGRR market has “halved in the last five years following the roll out of a new road surfacing technology that resulted in the vehicle glass breakage rate reverting to the European average while it was previously significantly higher.”
The company is implementing “profit improvement measures” both centrally and in the field that will lead to USD 5 million (EUR 4 million) in unusual costs.
Over in Germany, Carglass has been running a separate activity offering AGRR services for heavy commercial vehicles, such as buses. This activity will be closed.
“The profitability of this business has deteriorated in recent years due to the contraction in this market segment and will be negative by [USD 4.4 million] EUR 3.5 million in 2014. The decision has been made to close this business for total unusual costs of [USD 11.2 million] EUR 9 million,” according to the statement.
On a company-wide basis, Belron’s year-to-date sales were up 1.3% over 2013, including 0.4% organic growth and 2.1% growth from acquisitions. This was partially offset by a 0.8% negative currency translation effect and a 0.4% decline due to fewer trading days.
Automotive glass repair and replacement jobs have increased by 1.7% to 10.3 million, according to the statement.
“In Europe, despite share growth, sales were down 4.8%, consisting of an organic decline of 6.6% due to severe market declines following an exceptionally mild 2013-2014 winter weather in Northern Europe, and a 0.6% decline due to fewer trading days, partially offset by 1.8% growth from acquisitions and a 0.6% positive currency impact,” officials explain.
“Outside of Europe, sales were up 8.3%, consisting of an organic growth of 8.4% predominantly due to the extreme winter weather in the eastern US at the beginning of the year, and 2.5% growth from acquisitions, partially offset by a 2.4% negative currency translation effect and a 0.2%-decline due to fewer trading days,” they add.